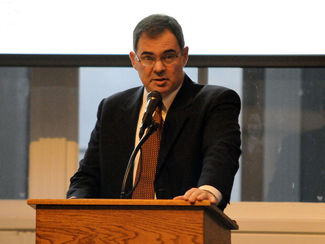 O’Gorman noted several trends spanning the entirety of the American Gothic tradition as it has dealt with Catholicism. Fears of contagion, corruption, and the breakdown of borders run throughout the literature, provoking the defense of individual autonomony as the quintessential American value against communitarian alternatives. O’Gorman’s presentation rooted the origins of American Gothic literature in British writing, with late 18th-century British Gothic literature exhibiting animus against Catholicism. To some authors, Catholicism represented a dangerous blend of theology, politics, and Mediterranean culture. The natural migration of literary culture across the Atlantic saw such notions adapted by North American authors, with Catholic Latin America playing a role analogous to Europe’s Mediterranean societies.

The American setting differed in one key way: the substantial overlap of American Protestantism and political liberalism represented a new moment in world history, and many American Gothic authors viewed Catholicism as a double threat to this new beacon for the world: its ascendancy would be disastrous to American society itself, but it would also give the lie to the promise that the United States was exceptional in world history. 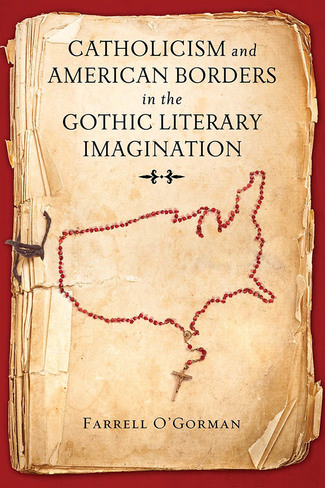 As O’Gorman touched on key figures in the American Gothic, including Melville, Faulkner, and others, it became apparent that early fears of Catholicism contaminating an imagined pristine Protestant American culture have only slightly evolved over time. O’Gorman quoted from Richard Rodriguez’s Days of Obligation: An Argument with My Mexican Father (Viking, 1992). Stunned by a 1984 cover story in Time on “the population curse” plaguing Mexico City, Rodriguez writes: “America sees death in all that life … life becomes the curse of Mexico City” (21). The Time article scarcely would have sounded out of place in the 19th century, revisiting as it does the same themes O’Gorman had identified as animating the American Gothic even into the 1950s with Flannery O’Connor’s “The Displaced Person.” In that story, a Southern farmer sees the arrival of Polish refugees as but a symptom of a global crisis: “You know what’s happening to this world? It’s swelling up … People are selfish. They have too many children.”

As evidenced by their August 6, 1984, piece on Mexico City, “A Proud Capital’s Distress,” Time authors Otto Friedrich, Ricardo Chavira, and David DeVoss felt similarly three decades after O’Connor’s story. They diagnosed the Mexican capital with “a kind of social cancer” resulting from “overcrowding, poverty, pollution, and corruption”—the same insults leveled against Catholicism and Catholics in American Gothic literature. The faith itself came under fire as Friedrich and company blamed at least partially the Church and—in a phrase remarkably out of tune to 2018 ears—“the Latin tradition of machismo.” Catholicism, the authors suggested, exacerbated an ethnic predisposition toward procreation. Furthermore, the Time article mentioned explicitly the border question that O’Gorman highlighted as central to American Gothic fears of Catholicism: “The undefended 2,000-mile frontier between Mexico and the U.S. is the only place in the world where a wealthy industrial national borders on a poor and overcrowded one.”

Debate over such issues obviously has not cooled in the intervening three and a half decades. If anything, it has spread like wildfire beyond the pages of middlebrow magazines and onto social media. Birthrates and religion remain powder kegs of conversation; no one with an Internet connection could fail to see a link between the themes of American Gothic literature and today’s public discourse. It is only appropriate to recall the oft-cited line from Requiem for a Nun by emblematic Gothic author William Faulkner: “The past is never dead. It’s not even past.”

O’Gorman’s presentation offered another lesson, this one on the utility of interdisciplinary research. His background and present work are in literature, yet as a historian, I found both in his book and at November’s panel a great deal of enlightenment on American cultural history through the lens of Gothic literature. Historians need to take special care when interpreting literature for broader historiographical purposes, yet no one familiar with American Catholic history would be surprised by the cultural themes expressed in Gothic literature. O’Gorman’s book is a signature achievement for the study of Catholicism in American literature and history.