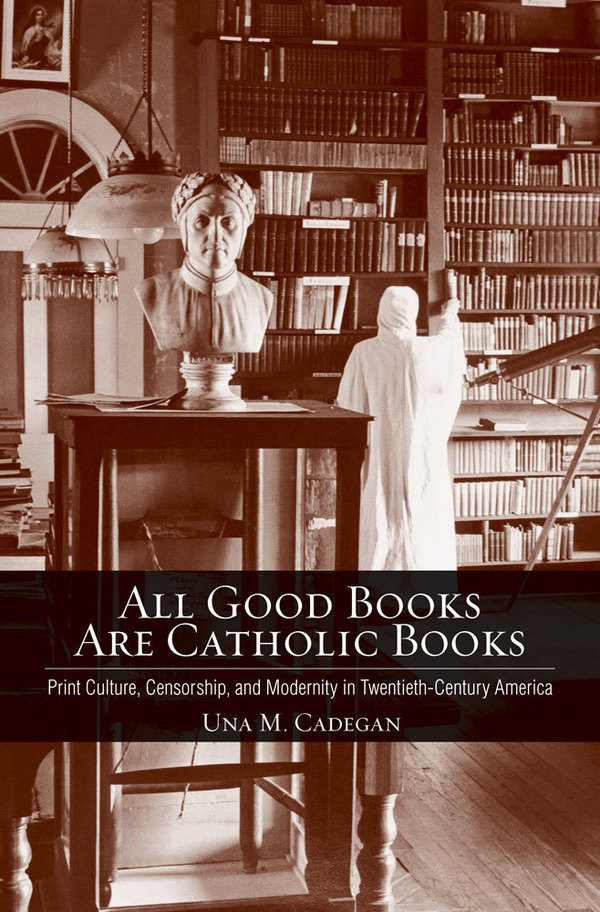 The eighth volume in the Cushwa Center Studies of Catholicism in Twentieth-Century America series is hot off the presses! Una Cadegan, associate professor of history at the University of Dayton, is the author of All Good Books Are Catholic Books: Print Culture, Censorship, and Modernity in Twentieth-Century America (Cornell University Press). While we waited for our copies of the book to arrive at the Cushwa Center, Heather Grennan Gary asked Cadegan to share some highlights of her project.

Where does the title of your book come from?

It was originally the title of my dissertation, a way of summing up the overall approach of Catholics working in literary culture. They did not want to limit what was “Catholic” to works that had Catholic settings or characters, but to emphasize an essential harmony among the elements that made a work “good” that also made it in some real sense Catholic.

You're examining the period between World War I and the end of Vatican II. What's most distinctive about the relationship between the Catholic Church and literary culture during this time period?

What is the most important shift you see in the relationship between Catholicism and literary culture during this time period?

The most important shift is from the generation of writers, critics, and teachers whose sensibilities were formed before modernism was the main literary current, and those formed after. For the younger generation, modernism was the literary air they breathed, and they used their Catholicism to inform their response to it, rather than solely to resist it. 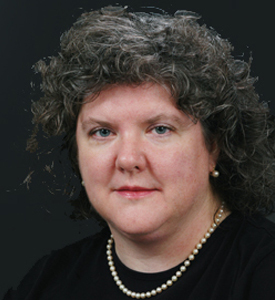 Who are some of the writers, critics, and teachers you include?

I tell people in the English department that I am in charge of the “bad” literature, which I mean only partly as a joke. If you study print culture, or “the history of the book,” as the field is called, you look at how the entire system functions, rather than concentrating on a very few authors who are exceptional because of their popularity and their endorsement by elite literary culture. I love Flannery O’Connor, but for the purposes of this project I am as interested in the book reviews she wrote for her diocesan newspaper as I am in her stories that were published in the Kenyon Review.

If you look at Catholic literary culture as a whole, you see the tremendous influence of people like Kathleen Thompson Norris, one of the most popular writers of the 20th century, and of Daniel Lord, whose writings were likely encountered by nearly every Catholic child from the 1930s through the 1950s.

I also have to mention here Richard Sullivan, a novelist who never achieved the success he sought, but whose papers were the subject of my first scholarly article, funded by a travel grant from the Cushwa Center (he taught in Notre Dame’s English department).

What were some of the important influences for Catholic participants in U.S. literary culture during that time who were seeking to balance their religion on one hand and their artistic and commercial freedom on the other?

One of the things I realized in researching the book was that understanding print culture required also looking at movies and other forms of popular culture, even though that might not seem obvious at first. But Catholics entered into public discussion of the role of popular culture so early and so definitively in the 20th century. Their role was not always welcomed by their compatriots (nor, for that matters, their co-religionists), and they therefore had to find responses that linked their tradition’s concern for truth and goodness to American values of free speech and individual judgment.

Did the development of the Catholic Church's stance toward literature help lead the way for the church to adapt its stance toward other social, cultural, economic changes—or did it lag behind, or happen simultaneously?

One advantage of thinking about “print culture” or “literary culture” rather than “literature” is that a greater variety of actors come into view. There is always the risk in doing Catholic history that “the Catholic Church” is seen as synonymous with the Vatican, or the teaching authority of the church. The Vatican is pretty much never irrelevant when you’re trying to understand something Catholic, of course, but how people in other roles responded to its actions and teaching is part of what makes cultural history distinctive. In this case, U.S. Catholics saw reading as a key part of “Catholic Action,” that widespread, diffuse 20th-century movement to involve Catholic laity as collaborators with the hierarchy in the mission of “bringing all things to Christ.” They believed that developing good taste in reading—not necessarily highbrow, but challenging, substantive, intellectually and artistically engaging—was crucial to the development of the American Catholic community.

Most of the developments I describe were simultaneous with, and intertwined with, other aspects of 20th-century U.S. Catholic history. They reflect the developing relationship between Catholicism and U.S. capitalism and consumer culture, as well as the emergence of a generation of almost entirely native-born Catholics who sought to differentiate themselves from the immigrant experience of their parents and grandparents.

I focus primarily on Catholics involved in the work of literary and popular culture. Bishops and the Vatican play a role here, undoubtedly, but I am most interested in how writers, readers, publishers, editors, reviewers, critics, teachers, booksellers dealt with a sometimes conflicting set of ideas. They believed themselves to be part of a tradition that had produced much of the world’s great art, but that seemed to be standing in opposition to much of what the modern world thought art was. They believed that writers had an obligation to protect the integrity of Catholic doctrine, but they also believed that writers and other artists had to be free to explore the full range of human experience.

U.S. Catholics involved in literary work often saw European and South American Catholic writers as having an advantage, in that they lived in cultures that were largely Catholic, and could write from and to that experience, instead of against it, as U.S. writers believed they had to do. They lamented the absence of “great American Catholic authors” for much of the century, at the same time as a “Catholic revival” was going on in Europe and other parts of the Catholic world. Part of what I am trying to show in this book is that what was going on in the U.S. was equally crucial, but requires us to ask slightly different questions.

In Chapters 4 and 5 you address the Index of Prohibited Books. What kind of influence did the Index have on Catholic readers, and how did that change over time?

When the Index was first introduced in the 17th century, there were many fewer “readers” by our definition; books were expensive, most reading was communal, and most of the forms we associate with popular reading—novels and newspapers—were just emerging. The original intended scope of the Index was massive—it was intended to review literally every published work and list the books Catholics could read only with permission. As printing took off, that scope was clearly impossible. The Vatican office that managed the Index created procedures by which a work that was seen as particularly troubling could be referred to the Congregation and then listed on the Index after review. Over time, the scope narrowed further, until by the 20th century it was limited in practice to theological works.

The Index always loomed larger in the imagination of both Catholics and non-Catholics than it did in practice. It became a symbol of the opposition of Catholicism to modern ideas, to modernity itself. That opposition was surely real, but it was exaggerated into a simplistic stereotype, with the Index as a convenient piece of evidence to justify it.

What was your favorite part of the book to research or write?

I think for most historians the most fun is always the archival research. On this particular project, the most interesting question methodologically was to try to see how censorship functioned in practice. It is easy to see what the official rules were—you just have to read canon law and the works that were written to explain canon law in lay terms. It was harder to come up with a way to understand that extent to which the rules were incorporated into ordinary writers’ and teachers’ lives and work. I hope there’s some useful information in my book that will encourage other historians to continue the same line of exploration.

Is there something that you find particularly relevant from your research for the relationship between the church and literary culture today?

Literature and thinking about literature have been separated almost entirely from other aspects of Catholic history—theological, philosophical, political, economic. I think there is a great deal to be gained from bringing them back into closer contact.