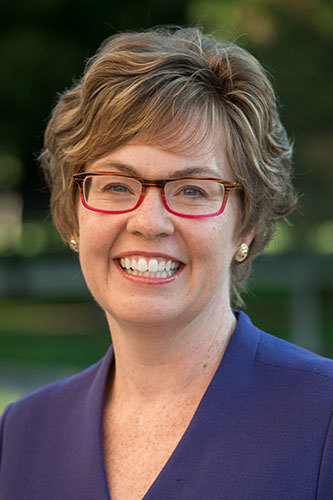 Kathleen Sprows Cummings, the William W. and Anna Jean Cushwa Director of the Cushwa Center for the Study of American Catholicism at the University of Notre Dame, has been elected vice president of the American Catholic Historical Association (ACHA). She will take office in January 2016 and will succeed Liam Matthew Brockey as president of the organization in January 2017.

ACHA is a professional organization for scholars, archivists, and teachers of Catholic studies. Founded in 1919 by church historian Peter Guilday, ACHA was formed to bring together scholars and others from across the country who were interested in the history of the Catholic Church or Catholic aspects of secular history. Today ACHA has approximately 1,220 members and holds its annual meeting in collaboration with the American Historical Association. It also sponsors a spring meeting, which in 2015 was organized by the Cushwa Center and held at Notre Dame.

“What I have treasured most about my ACHA experience [is] the organization’s openness and warmth toward emerging scholars and any other members who feel themselves to be, for whatever reason, on the margins of the profession,” said Cummings, who attended her first ACHA annual meeting in 1996.

Her platform for the next two years includes seeking opportunities and coordinating efforts to share the resources of the ACHA with a wider public. “Pope Francis has been very good for the business of Catholic history,” said Cummings, who served as a commentator on NBC and MSNBC during the recent papal visit to the United States. “As his pontificate has prompted Catholics—and many non-Catholics, too—to seek more knowledge about the Church’s recent and remote past, many ACHA members have had opportunities to translate our academic expertise into public scholarship.”

Cummings also aims to develop more partnerships between ACHA and other centers, programs, and academic organizations that share its interests and focus. “The Cushwa Center and the Conference on the History of Women Religious, two organizations in which I am privileged to play a leadership role, are the most obvious potential collaborators.  But I am eager to work with other institutions and organizations in ways that could extend ACHA’s reach and expand its impact.”