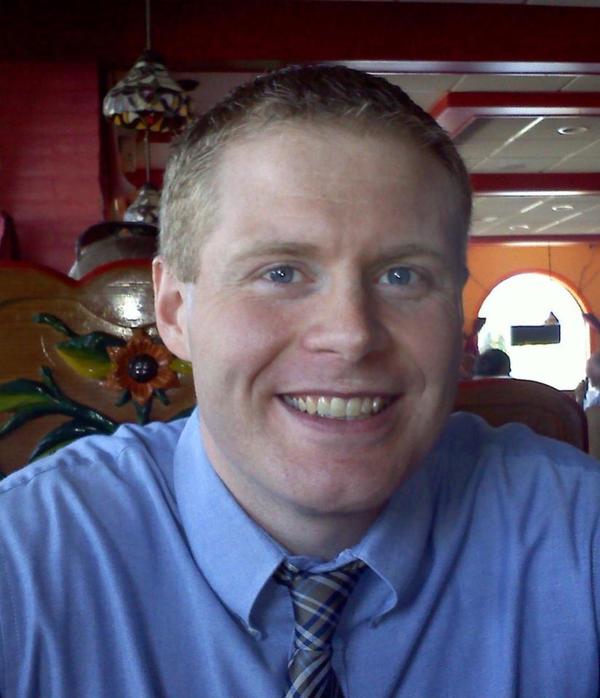 Herbie Miller is ABD in theology at the University of Dayton. His dissertation, tentatively titled “Religious Controversy and the Making of Americans: A Study of the 1837 Campbell-Purcell Debate,” is an historical and theological analysis of a weeklong oral debate that happened in 1837 in Cincinnati between the leader of the Disciples of Christ, Alexander Campbell, and the Catholic bishop of Cincinnati, John Purcell.

Miller conducted dissertation research at the Cincinnati History Library and Archives, the Athenaeum of Ohio, the Archdiocese of Cincinnati, and the Disciples of Christ Historical Society. He received a 2013 Research Travel Grant from the Cushwa Center to work in the Notre Dame Archives. We caught up with him recently to learn more about his project.


Set the stage for us. How did this debate come about?

Campbell and Purcell both had an abiding interest in education. The two met in Cincinnati in the fall of 1836 at a weeklong, annual meeting of a professional society for educators in the Ohio Valley. At the meeting, Campbell gave a lecture in which he praised the Reformation for introducing the “spirit of free inquiry” into society. During a follow-up session, Campbell and Purcell’s discussion about the Reformation took a decidedly theological turn, and the organizers decided to discontinue it because it was inappropriate for that setting.

The meeting ended on Saturday, and instead of returning home to western Virginia Campbell decided to stay in Cincinnati to lecture on the Reformation on Monday evening. Purcell was in attendance, and decided he’d give a lecture on Tuesday. Then Campbell responded with a lecture on Wednesday. By this time, Campbell was ready to leave town, although not because he thought he’d been defeated!

On Thursday, a group of concerned Protestants drafted a petition urging Campbell to continue lecturing on Catholicism. Campbell responded that he would do it, but his response would have to wait until he could return in January 1837. In late December 1836, Campbell published an announcement in the Cincinnati Daily Gazette saying he’d be back in January either to lecture on Catholicism, or to have a public discussion with his “Catholic friends”—Purcell being the clear target. A few days later Purcell published a response, accepting Campbell’s invitation.

Who organized it, and what was the format?

Campbell arrived back in Cincinnati the second week of January, and he and Purcell hammered out the details for the debate. They would debate for eight consecutive days, January 13-21, except Sunday. The debate would cover seven propositions that Campbell had written. Each man would give a speech four times a day—twice in the morning and twice in the afternoon. Campbell would open each day, and Purcell would respond, with that pattern continuing. Five men moderated the debate. Two were selected by Purcell, two by Campbell, and the last one by those four. The moderators’ job was to keep the men on topic and keep the audience in order.

The debate was transcribed, and its final printed form totaled 360 pages. The debate was held at the Sycamore Street Meeting House, a church affiliated with Campbell’s Disciples of Christ, and conveniently located a block south of Purcell’s cathedral. The Meeting House could hold approximately 500 people.

Who attended this event?

We don’t have attendance records, but I think a modest estimate for the week is probably 1,000. The press coverage indicates that the debate was very well attended with men and women, and locals and out-of-towners. I’ve not come across anything telling us the breakdown of how many Protestants and Catholics were in the audience.

Was Campbell or Purcell considered the winner?

Campbell and Purcell did not write into the rules any way to determine a winner, either by the moderators’ judgment or an audience vote. I think this was important because each man used the debate as part of a broader PR campaign, and a winner/loser verdict would mar that effort.

For Campbell, this was his opportunity to show the American Protestant world that he was a bona fide representative of mainstream Protestantism and not a frontier sectarian. For Purcell, this was his chance to show that Catholics were legitimate and fruitful participants in American society.

It’s important note that this debate happened in Cincinnati, which was among the fastest growing cities in America. For two religious leaders who wanted the public eye, this was the place to be.

What was the most valuable resource you uncovered while doing research at the Notre Dame Archives?

I came across a sermon Purcell gave called, “What is truth?” This sermon showed me that Purcell’s primary apologetic strategy against Protestants was epistemological in nature. The sermon, published in 1859, was continuous with Purcell’s comments 22 years earlier in his debate with Campbell. Purcell’s basic point was this: Without a living, infallible magisterium to guide interpretation, Protestant sects were doomed to perpetual doubt about the veracity of their theological claims. The Purcell sermon gives us corroborating evidence that Purcell’s apologetic was an enduring feature in his career.

By expressing this argument in an oral debate and in a sermon, we also get a sense for how 19th century Catholic apologetics played out as a form of lived religion.

What in particular drew you to this topic?

First, this topic hasn’t received appropriate scholarly attention relative to its importance, and I wanted to remedy that. It was the only time in American history when a sitting Catholic bishop debated a Protestant challenger.

Second, I appreciate how the debate forces us to concretize the issue of anti-Catholicism into a specific event—of which we (thankfully) have a literary account that was approved by both men. That Protestants and Catholics were speaking and writing about each other is no surprise. But what I think is important about this particular instance is that the Catholic question brought these men into the same room, in front of an audience, for a week. This experience forced each participant—and the audience—to engage the religious Other as a person and not an idealized construct. I think Campbell came away frustrated that Purcell wasn’t nearly as ultramontane as he had hoped. And Purcell never seemed to be able to wrap his mind around the Common Sense hermeneutic that undergirded Campbell’s arguments.

Finally, this dissertation felt right. I come from the Stone-Campbell tradition and I’m studying theology at a Catholic university. So this topic let me bring my knowledge and experience of that ecclesial tradition into conversation with what I’d been learning in a PhD program that foregrounds the U.S. Catholic experience for the study of theology.

Grant Opportunities from the Cushwa Center