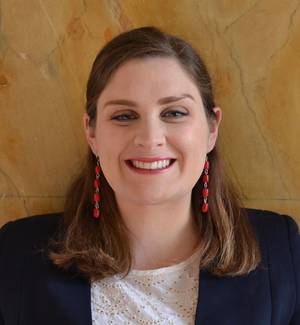 The Rome Global Gateway will be hosting researcher Rose Luminiello during the academic year 2019-2020. Luminiello will be staying at the Rome Gateway, while carrying out her postdoctoral research fellowship at the University of Aberdeen’s Research Institute for Irish and Scottish Studies (RIISS), co-sponsored by the Cushwa Center for the Study of American Catholicism and Notre Dame’s Center for Italian Studies and Keough-Naughton Institute for Irish Studies.

Luminiello will conduct research in Scotland, Italy, and Ireland for her project, “Irish Women Religious in the Anglophone World, 1840–1950.”

Luminiello has been studying the role of women religious in society since her MSc in Modern British and Irish History at the University of Edinburgh. She then earned her Ph.D. in history at the University of Aberdeen in spring 2019. Her dissertation is titled “Confronting Modernity: Leo XIII, Rerum Novarum, and the Catholic Church in Ireland and Prussian Poland, 1878–1914.” 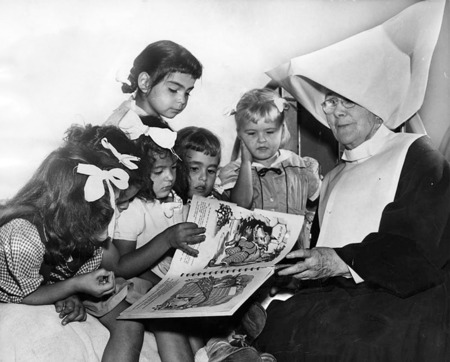 Daughters of Los Angeles Social Services in the 19th Century

Luminiello has been always attracted to investigating and studying the history of women religious. Her interest has both an academic and a personal connection. She believes that women always played a role in the Catholic Church, and “were there if you looked,” though she says generally historiography has ignored them for a long time. Luminiello says she’s interested in filling the gap. She also grew up travelling a lot for family reasons, and was subsequently home-schooled for the majority of her childhood. While studying at home, Luminiello was in contact with many strong women religious through volunteering opportunities, while playing soccer in a very secular environment. The contrast between the two worlds, as well as the series of stereotypes that exist about women religious, pushed her into searching for more information and providing it to future scholars.

During this academic year, Luminiello will produce an initial report on the networks and movement of women religious across the English-speaking world in the 19th and 20th centuries through a close engagement with archives in Rome, the Vatican, Dublin, and Aberdeen. The project’s long-term aims include surveying the preservation and conservation needs of archival holdings and securing grant funding to digitally map the global distribution of women religious during the period under study. 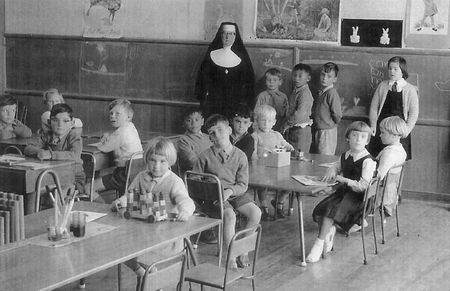 “We hope that many other scholars will find our project valuable for understanding how women religious operated in migrant societies,” says Luminiello. “During my archival work, I came across many letters and diaries of journeys from sisters travelling abroad, living their first multicultural experience. It is very interesting to learn how they changed their perspective from being sceptical and fearful, to learning from other cultures and changing their minds on matters of race, class and nature.”

She says this new perspective and knowledge was transferred to the order through their writings, creating new conscious, informed and trained missionaries, and through them, into the societies where the missionaries worked.

“The transatlantic connections and rich Roman archives are essential to this project,” continues Luminiello, “and this is an exciting opportunity for me to get to know these archival collections and what they reveal about the agency of women religious in the Church.”

The project team at Aberdeen includes Michael Brown of RIISS and Colin Barr of the School of Divinity, History and Philosophy, who will work alongside Cushwa Center Director Kathleen Sprows Cummings  in developing the fellowship project, with the support of the Keough-Naughton Institute for Irish Studies at Notre Dame.

The Rome Gateway will host a workshop on November 22-23, sponsored by the Cushwa Center and the Institute for Irish and Scottish Studies at the University of Aberdeen. The workshop will feature some of the leading Irish and English historians and archivists of women religious for a planning meeting on a 3-5-year project that would map Irish Catholic sisters in the Anglophone world.

Originally published by Costanza Montanari at rome.nd.edu on October 07, 2019.