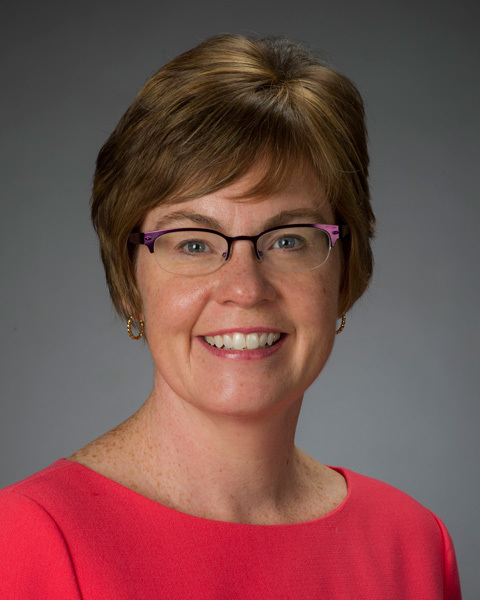 The death of a 97-year-old is not exactly unanticipated. Father Ted Hesburgh, C.S.C., himself had talked about his death openly and without fear for as long as I knew him. Most of his friends and contemporaries had predeceased him, and he would speak at funerals about their impending reunion in heaven. “I’ll be seeing you soon, Jean,” he preached at the funeral of Sister Jean Lenz, O.S.F., three years ago. “The good Lord can’t give me too much longer.”

So I was surprised by how surprised I felt when I heard the news that Father Ted had died late one night last February. He had defied death so long that I had assumed he would continue to do so. I was also startled by how empty the campus felt the next morning. It wasn’t logical, as his physical presence had ceased to be very obvious long ago. 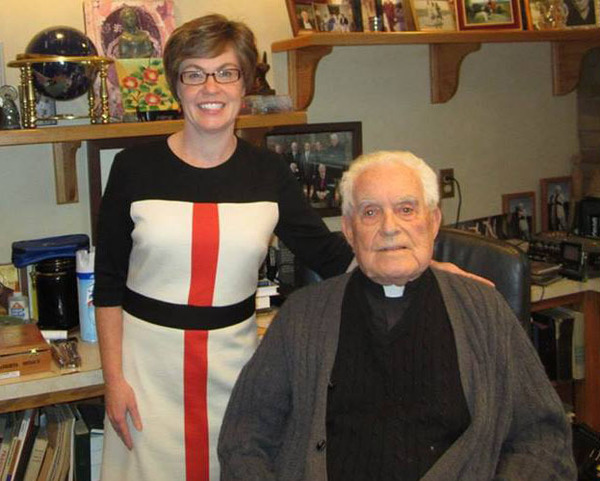 My encounters with Father Ted were infrequent but invariably memorable. At a 90th birthday celebration for Vincent DeSantis, a longtime history professor at Notre Dame, Father Ted reminisced about the days when he and Vince had been the young whippersnappers on the faculty in the late ’40s, complaining about the University’s administration. The guests laughed at many of the stories that Father Ted shared, but we all became somber at the way Father Ted closed his toast: “Vince, you turn 90 on Christmas Day. If God grants me the grace to live a bit longer, I will turn 90 on May 25. And just to put this in perspective for all of you, John F. Kennedy would have turned 90 four days after me.” We appreciated anew just how much of the 20th century Father Ted witnessed—and shaped.

Everyone has a favorite Father Ted story, and here’s mine. When the Cushwa Center hosted a panel discussion in honor of the 40th anniversary of coeducation, I visited him in his office with some of the women from those first classes. When we posed for the picture on the following page, I instinctively crouched down to get closer to him. “Stand tall,” he admonished me. “You are a Notre Dame woman, and Notre Dame women always stand tall.” I thought then and often since about all the ways Father Ted helped me and other Notre Dame women stand tall. 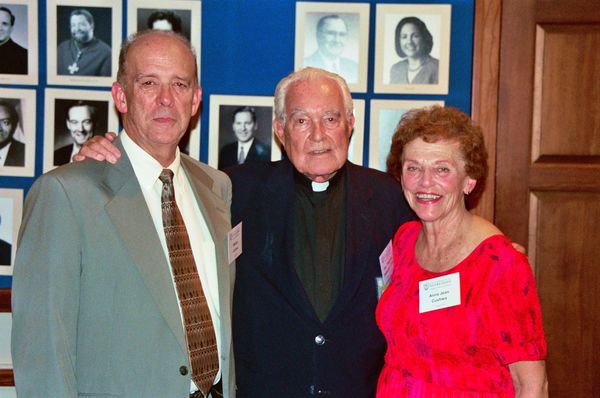 I am profoundly grateful to Father Ted not only as a Notre Dame woman but also as the director of the Cushwa Center, which was founded and endowed during his long tenure as Notre Dame’s president. Father Ted was just three years into his presidency when John Tracy Ellis’ essay “American Catholics and the Intellectual Life” was published in 1955. He responded with zeal to Ellis’ challenge for U.S. Catholics to live up to their rich intellectual heritage, and for second- or third-rate Catholic colleges to develop into first-rate universities. Cushwa is one of the many initiatives begun during Father Ted’s presidency that helped raise Notre Dame’s intellectual profile, and it’s a privilege for me to carry out its mission and advance its work.

Nonetheless, I still feel a little empty when I look up at the 13th floor of Hesburgh Library and know Father Ted is no longer working in his office. I do find comfort in his fervent faith; he believed in the communion of the saints and would remind people that the distance between heaven and earth is not as far as it seems when we are grieving loved ones who have gone before us.

I have also been comforted by constant signs of Father Ted’s proximity in the history I study and teach. Recently, as I plowed through correspondence related to the cause for canonization of John Neumann, I caught sight of Father Ted’s name. In 1952 the Redemptorist in charge of Neumann’s cause, desperate to nudge the process along, wrote to Archbishop (later Cardinal) John O’Hara, C.S.C., of Philadelphia to inquire if he might ask his young confrere, Rev. Theodore Hesburgh, C.S.C., to use his pull on Neumann’s behalf. Father Ted’s influence was evident even at that early stage of his career.

Speaking of saints, I teach a seminar called “Sanctity and American Society” in which the final paper requires students to propose a historical figure for canonization. I give them a lot of leeway on their choice of a subject, but the absolute (and I would have thought obvious) requirement is that the person be deceased. A few years ago one intrepid student wanted to write about Father Ted. I said no, as he was very much alive. The student persisted, assuring me that he would write a great paper that fulfilled all the requirements. I relented, and in the end we created a fake category that would appall the prefect of the Vatican’s Congregation for the Causes of the Saints: an “anticipatory” cause for canonization. The student received an A, and I think of the irony: I couldn’t anticipate Father Ted’s death, but I have no trouble anticipating his sainthood.

Rest in peace, Father Ted, with all the saints.