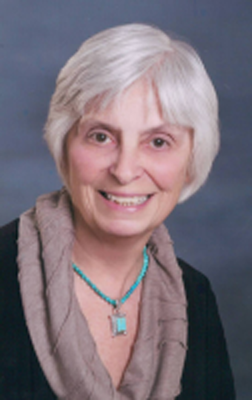 Anne M. Butler, Distinguished Trustee Professor, Emerita, of Utah State University, died on November 10, 2014 at Northeast Florida Community Hospice. Dr. Butler received her Ph.D. in American history from the University of Maryland, College Park, and after teaching in Maryland for 10 years moved to Utah State, where she remained until her retirement.

As a historian of the American West and of women, Butler was the author of many books and articles, including Daughters of Joy, Sisters of Misery: Prostitutes in the American West, 1865-90 (University of Illinois Press, 1985) and Gendered Justice in the American West: Women Prisoners in Men’s Penitentiaries (University of Illinois Press, 1997). CHWR member Suellen Hoy, however, recalls after she and Butler began discussing their mutual interests in Catholic sisters, “We so often bemoaned their neglect by historians of American women and regularly encouraged each other to carry on in the hope of redressing that oversight.” Butler’s chief work in that regard, Across God’s Frontiers: Catholic Sisters in the American West, 1850-1920 (University of North Carolina Press, 2012), which won the Distinguished Book Award from the Conference on the History of Women Religious and stands as, in Hoy’s words, “evidence of her energetic research and remarkable talent.”

Contributions in Dr. Butler’s name may be made to the Retired Sisters Fund, School Sisters of Notre Dame, 345 Belden Hill Lane, Wilton, CT, 06897-3800.