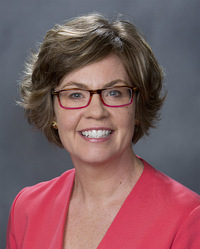 My colleague and friend Florian Michel recently gave me a copy of his new book, a biography of the French intellectual Etienne Gilson. In the epigraph to the book’s conclusion, Michel quotes Gilson on the distinction between “intellectual and biological generation.” Both, he writes, “are painful, but mothers are very fond of their children as soon as they are born, whereas we are usually perfectly dissatisfied with our books as soon as they are written.”

Like Gilson, I find the often-invoked analogies between giving birth to a child and publishing a book to be curiously inapt. While there is much both processes have in common—the mood swings, for example, and the feeling of being at once powerfully creative and frighteningly vulnerable—the differences are altogether more stark than the similarities. One obvious contrast is the length of the respective gestation periods. When you find out you are expecting a baby, you know that after about nine months, at the very least you are not going to be pregnant anymore. By contrast, when you start to write a book, you have no idea how many years it will take to research, write, and revise it—however confidently you may suggest otherwise in tenure statements and grant applications. Unlike the uniform gestational period of humans, the gestational period of books varies widely, dependent on an array of variables, too many of which are out of the author’s control.

A book’s emergence in three-dimensional form is always cause for celebration, and at Cushwa this year we are delighted to announce the publication of a number of books, all of which had their beginnings at different times and seasons. Catholics in the Vatican II Era: Local Histories of a Global Event, published last November by Cambridge University Press, first took shape in 2010, when Robert Orsi, Timothy Matovina, and I were brainstorming about how to mark the 50th anniversary of the Second Vatican Council. Thanks to generous support from Notre Dame’s Office of Research, we were able to work with fifteen talented scholars from around the world to produce this study, which represents a unique interpretation of the Council and its consequences.

In May, the University of Notre Dame Press will publish Matteo Binasco’s Roman Sources for the History of American Catholicism. Conceived after the conclusion of Cushwa’s 2014 Rome Seminar, which introduced a select group of American Catholic historians to the treasures of Roman archives, Roman Sources is intended to encourage a wider audience to harness the potential of archives at the Vatican and in Rome. During his three years as a Cushwa Center postdoctoral fellow, Binasco surveyed 59 archives at the Vatican and around Rome, and wrote profiles of each that describe its relevant holdings to research on North American Catholics. Edited by me, with a cogent and fascinating introduction by Luca Codignola and Matteo Sanfilippo, Roman Sources has the potential to reshape the way scholars approach American Catholic history.

A number of other current and former fellows are also contributing to Cushwa’s enormously productive year. Blurred Nationalities Across the North Atlantic: Traders, Priests, and Their Kin Travelling Between North America and the Italian Peninsula, 1763–1846, a new book by Cushwa’s senior fellow in Rome, Luca Codignola, is soon to appear, as is a revised edition of his co-authored Storia del Canada, which was first published by Bompiani Editore in 1999. Meanwhile, back on this side of the Atlantic, former postdoctoral fellow Catherine Osborne publishes her American Catholics and the Church of Tomorrow with the University of Chicago Press in March. Catherine completed this book during her three years at Cushwa, during which time she also helped to organize Cushwa events and contributed a great deal of content to this newsletter. She also co-edited, with Mark Massa, S.J., the second edition of American Catholic History: A Documentary Reader, which NYU Press published in November. I am using the revised text for my Catholics in America class in fall 2018. Current postdoctoral fellows Peter Cajka and Ben Wetzel are rising to the high standards set by Catherine; they are both revising manuscripts that are under consideration at top university presses. We look forward to the day when the Cushwa Center can take at least partial credit for their books, too!

We are also eager to celebrate with Valentina Ciciliot, a Marie Curie Fellow in residence at the Cushwa Center, who has completed her first book on the topic of saints, canonizations, and devotions. Donne sugli altari. Le canonizzazioni femminili di Giovanni Paolo II (Women on the altars: John Paul II’s Female Canonizations) appears with Viella in March. While on the subject of canonization, I’ll mention that my own monograph on U.S. saints is in the final stages of preparation. Since I gave my first academic paper on this topic in May 2010—at a Cushwa Center colloquium on French-American history organized by Florian Michel during his Fulbright fellowship semester—the project has been changed and improved by conversations with my colleagues on campus and beyond. Multiple opportunities to interact with intelligent and generous interlocutors is one of the best things about directing the Cushwa Center. For a sneak peek at Citizen Saints, see my presidential address in the latest Catholic Historical Review.

I disagree with Gilson’s contention that we inevitably are doomed to dislike our published books; I am quite proud of all of mine, and I know my co-authors and editors and colleagues are, too. Much like children, published books have lives of their own, and we are excited to watch as they make their way into the wider scholarly world.

This director's note appears in the spring 2018 issue of the American Catholic Studies Newsletter.