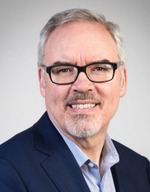 NOTE: This is the make-up date for the lecture that was originally scheduled for February 25, 2016.
--

Sugrue specializes in 20th-century American politics, urban history, civil rights, and race. He is author of Not Even Past: Barack Obama and the Burden of Race (Princeton, 2010), and Sweet Land of Liberty: The Forgotten Struggle for Civil Rights in the North (Random House, 2008), a Main Selection of the History Book Club and a finalist for the 2008 Los Angeles Times Book Prize. His first book, The Origins of the Urban Crisis (Princeton, 1996), won the Bancroft Prize in American History, the Philip Taft Prize in Labor History, the President's Book Award of the Social Science History Association, and the Urban History Association Award for Best Book in North American Urban History. In 2005, Princeton University Press selected The Origins of the Urban Crisis as one of its 100 most influential books of the past 100 years and published a new edition of The Origins of the Urban Crisis as a Princeton Classic. A new edition of the book, covering the Detroit bankruptcy, was published by Princeton in 2014.

Sugrue's newest book, co-authored with Glenda Gilmore of Yale University, isThese United States: A Nation in the Making, 1890 to the Present (W.W. Norton, 2015).  He is currently engaged in a research project on race, ethnicity, and citizenship in France and the United States. His long-term research project is a history of the rise and travails of the modern American real estate industry, from the late nineteenth century to the current economic crisis. Sugrue has just finished editing a book with Domenic Vitiello on immigration and metropolitian revitalization, and is collaborating with Alice M. O’Connor on a collection of essays on the War on Poverty and its legacy.

Sugrue's other books include W.E.B. DuBois, Race, and the City: The Philadelphia Negro and its Legacy (University of Pennsylvania Press, 1998), co-edited with Michael B. Katz and The New Suburban History (University of Chicago Press, 2006) with Kevin Kruse. He is currently co-editing a collection of essays on immigration and metropolitan revitalization, and another on the legacy of the War on Poverty. With Michael Kazin, Margot Canaday, Steven Pitti, and Glenda Gilmore, he is co-editor of the book series Politics and Culture in Modern America at the University of Pennsylvania Press. Sugrue also serves on a number of other editorial boards.