The Conference on the History of Women Religious (CHWR) was established in 1988 both to assist historians in discovering and preserving the historical record of vowed women from the Middle Ages to the present, and to integrate their stories into the larger narratives of their times and places. Today, the CHWR includes scholars and archivists from the fields of history, religious studies, women’s studies, and sociology. Since 2012, the CHWR and its newsletter have been housed at Notre Dame’s Cushwa Center for the Study of American Catholicism. Learn more about the history of the CHWR.

For the Twelfth Triennial Conference on the History of Women Religious (June 26–29, 2022), the Program Committee invites proposals for papers and panels that address the conference theme, "Diversity and Dignity Across Time and Place," from academics and independent scholars in the fields of history (including, but not limited to, ancient, medieval, modern, Latin American, European, North American, African, and Asian), sociology, literature, anthropology, theology, gender studies, visual and creative arts, material culture, religious studies, and communications. Proposals are due August 15, 2021. Read more. 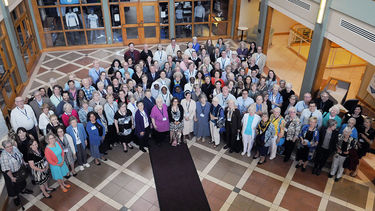 Triennial conferences began in 1989 to enhance networking and to recognize outstanding research in the field. For three decades, academics and independent scholars have gathered to share their research on vowed women—nuns and sisters—drawn from several religious traditions. Explore past conferences. 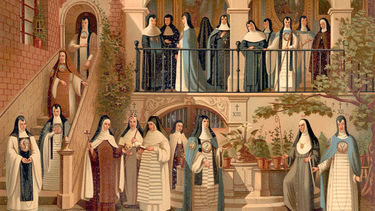 The CHWR administers three awards recognizing contributions to the field, presented during each triennial conference: the Distinguished Book Award, the Distinguished Historian Award, and the Lifetime Achievement Award. See past award recipients and award citations. 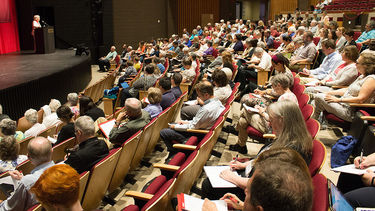 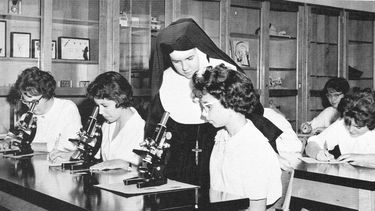 "Why I study women religious"

From 2015 to 2019, the Cushwa Center's American Catholic Studies Newsletter featured short essays by scholars of women religious, describing how they entered the field and why they continue to feel drawn by it. Read their testimonies.