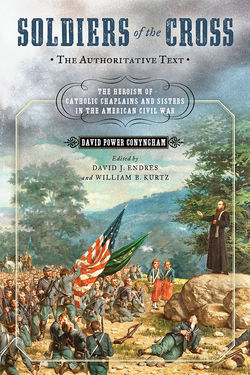 Shortly after the Civil War ended, David Power Conyngham, an Irish Catholic journalist and war veteran, began compiling the stories of Catholic chaplains and nuns who served during the war. His manuscript, Soldiers of the Cross: The Heroism of Catholic Chaplains and Sisters in the American Civil War, edited by David J. Endres and William B. Kurtz (Notre Dame Press, 2019), is the fullest record written during the 19th century of the Catholic Church’s involvement in the war. It documents the service of 14 chaplains and six female religious communities, representing both North and South. Many of Conyngham’s chapters contain new insights into the clergy during the war that are unavailable elsewhere, making the work invaluable to Catholic and Civil War historians.

The Cushwa Center and University of Notre Dame Press will co-host a book talk by editor William Kurtz (University of Virginia).