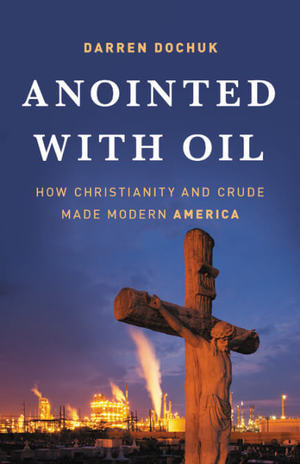 The spring 2021 Seminar in American Religion will feature Darren Dochuk's Anointed with Oil: How Christianity and Crude Made Modern America (Basic Books, 2019). This webinar is scheduled for 9:00 a.m. EDT on Saturday, March 20, 2021.

Commentators for this seminar are Melani McAlister of George Washington University and Andrew Preston of Cambridge University.

Dochuk recently spoke with Peter Cajka about Anointed with Oil. Read the full interview at cushwa.nd.edu/news/a-conversation-with-darren-dochuk.

This discussion has been rescheduled following postponement in April 2020. The webinar is free and open to all, but registration is required.