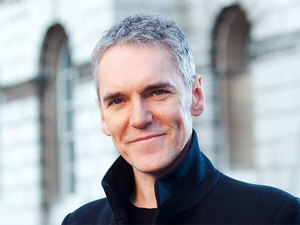 McBride is Foster Professor of Irish History at Hertford College, University of Oxford. His research has focused on 18th-century Ireland as well as the role of historians in making sense of the Northern Ireland conflict.

He has received a Leverhulme Major Research Award to produce a study of Catholic Ireland under the penal laws. Like the Great Famine and the Easter Rising, the persecution suffered by Irish Catholics during the "Penal Times" is a central component of Irish national mythology. McBride plans to write a book addressing how the 18th-century penal code was implemented and how it reshaped Catholic Ireland. Much of the research will be carried out in Rome, where a number of exceptionally rich archives have yet to be properly exploited.

In 1978, the Ancient Order of Hibernians undertook a campaign to establish an endowment at the University of Notre Dame to support the scholarly study of Irish America. The Cushwa Center administers this program and in various ways—including the Hibernian Research Award—seeks to promote the study of the Irish experience in Ireland and America. Each year, the center invites a distinguished scholar or author to lecture at Notre Dame on some aspect of the Irish experience.