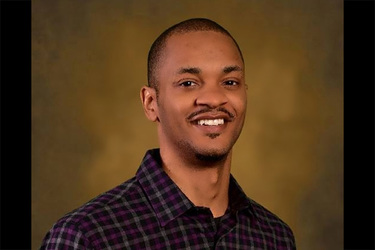 Issac Akande is a Ph.D. candidate studying the history of education and education policy in the Department of Education Policy, Organization and Leadership at the University of Illinois Urbana-Champaign. With support from a Cushwa Center Research Travel Grant, Akande visited the Notre Dame Archives in June 2018 for research related to his dissertation project, “Catholic Missionary Education Among the Potawatomi of Kansas, 1840–1870.” Cushwa Center postdoctoral fellow Pete Cajka caught up with Akande after his visit to discuss his research.

PC: Tell us about the relationship between the Catholic Church and the Potawatomi Nation.

IA: The Potawatomi had been in contact with Catholic missionaries since the 17th century and saw the first Catholic mission, known as Saint Francis Xavier, established among them in 1669 by Father Claude Allouez close to present-day Green Bay, Wisconsin. As the tribe migrated, another mission was noted by 1721—having been established possibly as early as 1693—on the St. Joseph River near the Indiana-Michigan border (approximately 10 miles from present-day Notre Dame). The mission work would be interrupted, but such prolonged contact nonetheless resulted in several of the surrounding Potawatomi communities converting to the Catholic faith, as evidenced by the 1817 Treaty of Fort Meigs which noted that the Potawatomi and other tribes were “attached to the Catholic religion.”

PC: What role did Catholics play in the relocation of the Potawatomi from the Great Lakes region to west of the Mississippi River? Could you tell us about Father Benjamin Marie Petit and why he chose to travel with the tribe?

IA: In the 1830s, Jacksonian era government policies and pressure from a growing population of white settlers would force the removal of a majority of Potawatomi to lands west of the Mississippi River. Although some of the tribe’s village leaders, most notably Chief Menominee, had refused to sign the treaties agreeing to be relocated, he and his band, like everyone else, were given two years to move. Some Potawatomi left voluntarily, while others were forcibly relocated. The latter was the case for Menominee’s band, which was forced at gunpoint by state militias in August of 1838 to trek 660 miles from Indiana to eastern Kansas on a two-month journey that became known as the “Trail of Death.”

While a Baptist missionary serving the Potawatomi named Isaac McCoy had surveyed lands west of the Mississippi River for the government and advocated for the removal of the tribe from the negative influences of white settlers who brought alcohol and other sins, the Catholic missionaries viewed the situation differently. Although they attempted to remain neutral so as not to run afoul of government policy, Father Benjamin Marie Petit was bothered by the injustices committed against the tribe. As a trained lawyer, he wished to intervene on their behalf, even offering to take a trip to Washington with the Potawatomi at his own expense. He is recorded as saying that “the Americans, with their hearts dry as cork and their whole thought ‘land and money,’ fail to appreciate [these Indians] and treat [them] with so much disdain and injustice.” Father Petit’s sympathetic concern for the Potawatomi and its Catholics prompted him to request permission from his superiors to accompany the tribe during their forced migration, a decision that would prove fatal as he fell sick and died during his attempted return to Indiana in early 1839.

PC: Most historians have focused on federally administered boarding schools, but you look at religiously operated schools before 1875. Why is it important to tell the story of what happened before 1875?

IA: The research for this dissertation is important because the period of Indian education before 1875 sets the context for the federal involvement to follow, and because it fills a void in the scholarship of American-Indian education history in three ways. First, it focuses on American-Indian educational policy and history pertaining to religiously-operated Indian schools between 1830 and 1870, which is an under-examined period in Indian education. Second, it shifts away from national, administrative analysis and instead develops an educational history of missionary activity, and the implementation of government policy, at the schoolhouse and community levels. Third, it uses critical inquiry to interrogate primary sources in order to understand the political philosophy driving government policy at the mission station, and the points of contention that inevitably arose due to the mission station being at the forefront of cultural transformation.

PC: Tell us about your favorite source found in the Notre Dame Archives while researching this project.

IA: The gem from my archival work at the Notre Dame Archives this summer would definitely be the “Extracts from Correspondence of Benjamin Petit” from the 1830s. These are primary source documents that complement a separate set of his letters, previously published by the Indiana Historical Society. The extracts add depth to our understanding of his missionary work and his role among the Potawatomi. Most of the letters are addressed to Father Petit’s superiors and are written around the time of the tribe’s removal from Indiana, making them a valuable resource that further illuminates the circumstances of that injustice.

PC: What were the aims of the Catholic educators who taught the Potawatomi?

IA: These missionaries worked under contract of the federal government to provide education for the tribe as stipulated under the terms of treaties, and as part of the government’s education fund which was part of its broader civilization agenda. The contractual agreement with the federal government to service the Potawatomi meant that these missionaries operated with an explicit policy understanding that the church would be allowed to “save” the souls of the Indians through religion, as long as they first and foremost followed the government’s mandate to “save” the lives of the Indians by teaching them an agricultural and vocational curriculum. What resulted was a set of dual educational aims—Christianization and civilization/assimilation—that heavily influenced the curriculum and molded the quotidian educational experiences of Potawatomi students and the reservation community in general. Furthermore, government ideas about property and policies for agricultural education tied into later land policies that would be imposed on the tribe, a key issue my research explores.