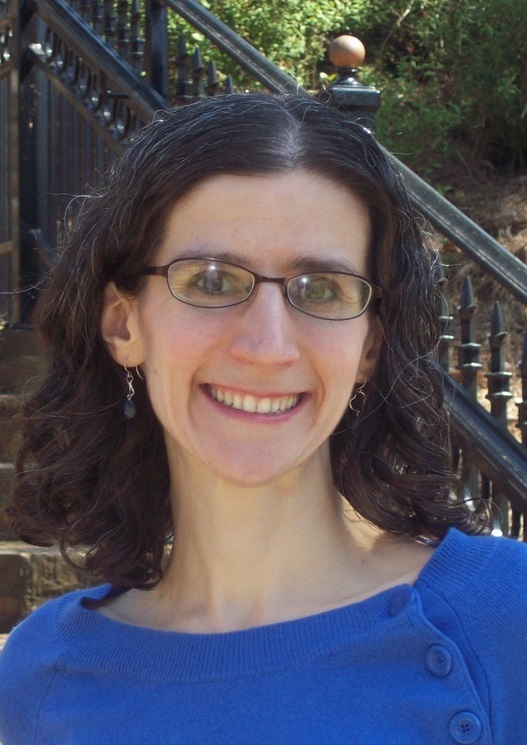 Margaret Abruzzo is associate professor of history at the University of Alabama. Her first book, Polemical Pain: Slavery, Cruelty, and the Rise of Humanitarianism (Johns Hopkins, 2011), used the slavery debate to trace the changing moral meanings of humaneness and cruelty. She's on sabbatical this year, splitting her time between the Cushwa Center in the fall and the Notre Dame Institute for Advanced Study, where she will be a residential fellow in Spring 2015. Abruzzo received a research travel grant from the Cushwa Center in 2013.

What's the focus of your current project?

My work analyzes changing conceptions of sin, wrongdoing, and moral responsibility during the 18th and 19th centuries by tracing how Protestant and Catholic theologians, ministers, philosophers, reformers, novelists, and ordinary people answered seemingly old questions: What does it mean to be a good (or bad) person? Why do “good” people do bad things? These might seem like timeless questions, but they provoked new and intense puzzlement in the 18th and 19th centuries, in part because a lot of the older explanations for why people sinned had weakened.

During the 18th and 19th centuries, older critiques of human nature as deeply depraved increasingly gave way to more positive perceptions of a human capacity for goodness. This tended to strain many of the traditional explanations for human misbehavior, such as blaming the passions, self-interest, or innate human depravity. But while many of these explanations had weakened, Americans continued to denounce sin and wickedness. Confidence in human nature did not make evil disappear; it just made it much harder to explain.

These difficulties helped create a dichotomy in how people talked about sin and sinners. They increasingly drew a distinction between “ordinary” sinners and evildoers, describing good people as making mistakes, often in the face of external pressure or temptation, while the wicked malevolently and deliberately chose evil. I’m exploring how Americans developed new narratives to explain how and why good people became sinners, especially at a time when Americans (and others) were less likely to think of themselves as wicked.

What drew you to this topic?

This project grows out of my longstanding historical interest in understanding how people deal with the tensions between their moral ideals and their actual behavior, but it grew more specifically out of unanswered questions from my first book, which traced the rise of moral concern about cruelty within the context of the slavery debate. I was struck by the enormous gap between how slaveholders saw themselves (humane and benevolent) and the ways they were described by antislavery writers, who often attributed their actions to malevolence or a desire to cause pain.

In other reading, I began noticing that the word “cruelty” was frequently attached to other kinds of wrongdoing, such as seduction. Why cruelty? At a time in which morality was closely linked to benevolence, associating immorality with cruelty made some sense. But why did attributing malice to seducers seem a convincing explanation of their moral motivations? More puzzlingly, how did malicious sinners themselves think about their behavior? Did they think of themselves as malicious? And, what about other sinners—how did they think about their own wrongdoing? After writing about how slaveholders had justified their own behavior, I became more and more interested in the ways that people understood their own behavior when they could not justify and defend it even to themselves.

What sources have you found especially helpful in the Notre Dame archives?

I’ve been spending a lot of my time reading the papers of early bishops, especially the Archdiocese of Baltimore, a diocese that initially included the entire United States. At first I doubted that I would find much, since extraordinary secrecy surrounds individual confessions, but the broader processes of reconciling sinners left behind more evidence than I expected.

Catholic moral theology was an intricate legal system, and priests—often lacking easy access to theological libraries—had to consult other priests and bishops for advice both about the intricacies of the law and about how to handle particularly sticky “cases of conscience.” Priests also sometimes imposed conditions for absolution (such as returning stolen property); in one case, when a priest helped return stolen property anonymously, the failed attempt to compel him to identify the penitent led to a court case that established a legal protection for the seal of confession. Moreover, bishops sometimes had to investigate and deal with conflicts over confession that cropped up in their dioceses—such as when penitents claimed that a priest was being too harsh in the confessional, or when a priest attempted to institute public penance for the sin of public drunkenness in his congregation (a short-lived experiment). Because of this, the priests had to articulate how they were handling issues of confession, and the ensuing correspondence turned out to be really helpful.

Finally, bishops also investigated and intervened in cases in which priests and members of religious orders publicly sinned (or were accused of sinning) or acting in ways that compromised their ministry. These cases also turned out to be especially helpful in allowing comparisons across Catholic-Protestant lines. I also realized that expectations of clerical morality made these incidents particularly useful case studies for understanding how Americans thought about the sins of supposedly good people.

How does the comparison between Catholics and Protestants help inform your understanding of the topic?

The first benefit of looking at both Catholics and Protestants is that Catholics and Protestants fought intensely over the concepts of sin and forgiveness—and especially the practice of confession. They often articulated and defined ideas about sin and forgiveness in opposition to each other. Notre Dame has a wonderful collection of anti-Catholic literature that I used. Catholic confession loomed very large in anti-Catholic literature; it sparked not only theological denunciations, but also lurid tales of priests preying upon and corrupting innocent women through confession. This doesn’t tell us what was really going on in confession, but it can tell us a lot about how Protestants blended theological and cultural fears of Catholicism as a source of sin and corruption.

The second reason that it is so important to look at both groups is that early American Catholics developed a strikingly different approach to thinking about sin, sinners, and moral responsibility than their Protestant counterparts. While Catholics were not immune to these broader transformations in thinking about sin—including the tendency to draw distinctions between “ordinary” sinners and malicious evildoers—these shifts were significantly more pronounced and rapid within Protestantism in the 18th and 19th centuries. This might initially seem surprising, because Catholics drew sharp distinctions between mortal and venial sins—a distinction typically rejected by Protestants. However, it can be explained in part by the very different ways that Catholics and Protestants defined the relationship between the sinner and his/her sins. Rather than equating sinfulness with specific voluntary acts, Protestants stressed the soul’s sinful orientation, a disposition of disobedience to God. Sinful desires—with or without action—defined the sinner. Catholic moral theologians, in contrast, emphasized the discrete (and quantifiable), intrinsic moral character of acts themselves. Each and every act mattered. Catholics were expected to confess the number of times that they committed an act, because each sin was a separate offense, and a single un-confessed mortal sin could imperil salvation. Being a Catholic meant understanding oneself as not only sinful, but as a sinner guilty of a lot of specific sins.

What are the challenges of thinking about morality as a historical topic?

Perhaps the biggest challenge is that American historians often don’t think about morality in historical terms, or that when we do, we tend to be interested primarily in how specific moral values or judgments changed. The histories of wrongdoing often become focused on answering the question, “what counted as a sin?” or “why was this particular behavior considered wrong?” These are important questions, but focusing exclusively on them can treat the concept of sin as a stable, almost ahistorical constant, and we miss how the structures of moral thinking themselves change. Morality is never just a system of rules; morality expresses what a culture believes human beings are and ought to be, what it means to be a morally responsible actor, what it means to be good or bad, and what constitutes the difference between virtue and vice.

A second challenge is that the changes in moral thinking were not always dramatic or obvious, nor were they always expressed in formal theology. Moral shifts were more often a shift in emphasis, rather than formally abandoning an older idea and embracing an entirely new one. Tracing this kind of change often means analyzing the metaphors people used to describe sin, the narratives (including fictional ones) they used to explain it, and the concepts that they associated with it. Even words themselves provide important clues. For example, consider the word “vicious.” In the 18th century, it was primarily the antonym of “virtuous,” and it could describe nearly any type of sin; now it connotes malevolence, cruelty, and violence, and its usage is usually limited to a small subset of serious wrongdoing. The changing meaning of this word reflects the ways in which malevolence has become increasingly central to the ways that Americans think about the problem of serious wrongdoing.