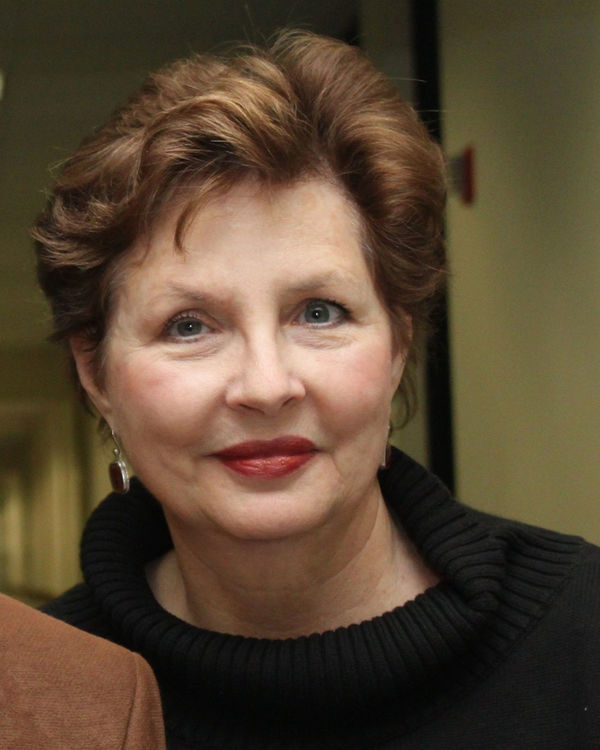 Suzanne Krebsbach is an independent historian in Charleston, South Carolina. She’s working on a book, tentatively titled “Black Catholics in Charleston: Identity & Community,” which is under contract with the University of South Carolina Press. She received a 2014 travel research grant from the Cushwa Center and came to work in the Notre Dame Archives over the summer.

What first got your attention about this topic?

A few years ago the archivist from the Diocese of Charleston asked me to write a guide to a photo exhibit of black Catholics. I hesitated because I’m a Europeanist, and my knowledge of the American South is limited, although I’ve lived in South Carolina for about 40 years. It didn’t take long to realize that the history of black Catholics in the Charleston, SC diocese was a vast subject—there was a huge number of primary sources that hadn’t been touched—and a slim, eight-page guide to photos was hardly enough to scratch the surface.

Charleston was the richest city in colonial America, and it retained its importance and sophistication for most of the antebellum period. Postbellum, of course, it was a case study in destruction. Federal troops occupied the city until 1877.

Charleston has been studied extensively by a number of historians because of its singularity and the richness of its records. I was fortunate to start on the baptismal records of the Cathedral of St. John the Baptist, which date back to 1845, then I moved on to the records of St. Mary’s Church, which was started in the late 1790s. The records are full of the diversity of Catholic life—black, white, Irish, French, German, Italian. Because the legal status of blacks was always noted by the baptizing priest, we can see the web of relationships in the Catholic community: whites acting as godparents, blacks evangelizing other blacks in the slave and free community, white owners granting religious freedom to their slaves.

I also explore the strands of French spirituality and French culture that these refugees brought with them, as well as their attitudes to mixed race relations. I dwell on the Rossignol-Dumont family, a wealthy, mixed-race family, as an example of race relations, culture, and religion (or lack of it) to highlight the distinctions between the white and Protestant culture of Charleston and the very different culture of the French émigrés, which changed that culture in numerous ways.

Your project focuses on a broad time period, from the late 18th century until the end of the Second World War. Why did you choose span of time?

I take the long view of the black faith community because that faith community is still with us. Black Catholics arrived in Charleston during the Haitian Revolution in 1791, and their descendants are still worshipping in the community. Along the way, the topics of race, slavery, and religion provided bishops and others reason to express their own views; for example, the three antebellum bishops vigorously defended slavery, and Bishop Patrick Lynch even acted as envoy from the Confederacy to the Vatican in 1864-1865.

After the war Bishop Lynch assigned these religiously sophisticated black Catholics their own church. He had the notion they should all move out to a barrier island where he could control them, as the Jesuits had done with natives in Paraguay. That did not happen, and the community certainly did flourish in the urban environment. Whites were not very happy with blacks in Reconstruction, but newspaper accounts suggest that members of this church were exemplary citizens.

Which collections at Notre Dame did you examine when you visited?

I used the records of the Propagation of the Faith, the French charitable organization that had given money to the diocese from 1822 when the diocese (and the organization) was founded, until the early 20th century. I wanted to read the unguarded thoughts of the bishops as they pleaded for money, and I wanted to know if they regarded ministry to blacks worth any kind of investment. I also used Vatican records of Bishop John England’s mission to Haiti in the 1830s and 1840s.

What section of the book are you working on now?

The book has eight chapters. I’m currently working on Chapter 5, which focuses on James Spencer, a man born into slavery but free before the Civil War. Spencer became prominent in the Colored Catholic Congress (now the National Black Catholic Congress) between 1888 and 1910. This puts Charleston black Catholics in the national spotlight at a time when the races were increasingly segregated in Charleston and across the nation. Charleston’s black Catholic community wanted to be treated with respect, and they moved onto the national stage to advocate for it—and for others in similar situations elsewhere.