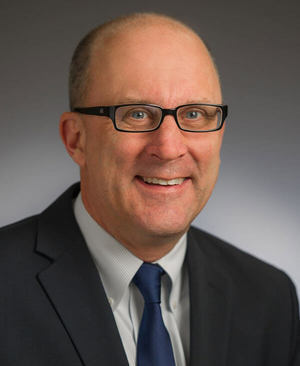 There was the story of a Swiss Jesuit in Maine who was tarred and feathered for challenging the use of the King James Bible in public schools. Another told of a woman in Louisiana who claimed to have witnessed a miraculous healing. Another detailed a Belgian Jesuit accused of treason in Missouri during the Civil War.

“I fell in love with these sources,” said McGreevy, the I.A. O’Shaughnessy Dean of Notre Dame’s College of Arts and Letters. “They were rich and relatively untapped, and over time, I started wondering if there was something larger I could do with them.”

In his new book, American Jesuits and the World: How an Embattled Religious Order Made Modern Catholicism Global (Princeton University Press), McGreevy uses those individual religious experiences and others as a gateway to a larger narrative.

“I became intrigued with the idea that maybe ‘my’ Jesuits would help integrate the study of Catholicism into the study of global history,” he said. “I think that really needs to be done—Catholicism is the biggest, most diverse, most multicultural institution in the world.”

McGreevy, a professor of history and member of the Notre Dame Class of 1986, conducted research at archives in Pennsylvania, Missouri, and Louisiana, as well as in Belgium, France, Italy, and the Philippines. 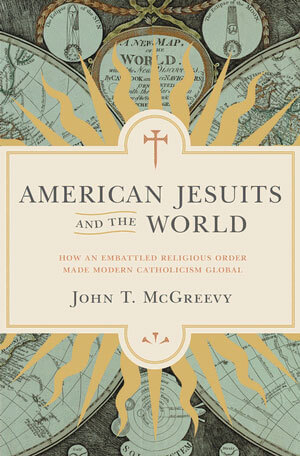 American Jesuits and the World: How an Embattled Religious Order Made Modern Catholicism Global

American Jesuits and the World traces how the religious order grew from 600 men in 1814 to roughly 17,000 men a century later. McGreevy argues that their odyssey of expulsion (by European nationalists worried about excessive Jesuit loyalty to the papacy) and reconstruction (as Jesuits launched a counterculture centered around parishes, schools, and universities) powerfully shaped modern history.

“It’s the story of global Catholicism, but it’s also the story of Americanization—of European exiles who find the United States to be a place of freedom but also one that was forbidding and odd,” he said. “Like exiles anywhere, they found it took a while to get used to. In this sense, it’s a story of tensions between nationalism and a global religious identity.”

McGreevy, the author of Catholicism and American Freedom: A History (W.W. Norton, 2003) and Parish Boundaries: The Catholic Encounter with Race in the Twentieth Century Urban North (University of Chicago, 1996), sees his new book as a means of building understanding of and appreciation for the impact Jesuits have made on the world.

“I hope this places Catholicism more near the center of this conversation about global history, where the best books have focused more on such topics as the cotton trade or financiers or disease than they have on religion,” he said. “And yet religion is one of our world’s more global phenomena.”

McGreevy has been working on the book gradually since he became dean in 2008, and said the research and writing helped him maintain a connection with the core work of the College.

“I think it’s healthy, to the extent possible, for a dean to be a teacher and a scholar, too,” said McGreevy, who is also teaching a U.S. religious history course this semester. “After all, these are the core activities of a faculty member.”

Originally published by Josh Weinhold at al.nd.edu on September 15, 2016.