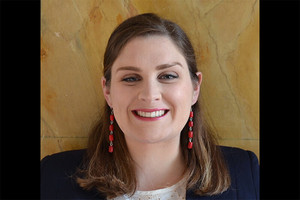 The Cushwa Center for the Study of American Catholicism has partnered with Notre Dame’s Center for Italian Studies and Keough-Naughton Institute for Irish Studies to cosponsor a postdoctoral research fellowship at the University of Aberdeen’s Research Institute for Irish and Scottish Studies (RIISS). Rose Luminiello will conduct research in Scotland, Italy, and Ireland for the project, “Irish Religious Women in the Anglophone World, 1840–1950.”

Luminiello earned her Ph.D. in history at the University of Aberdeen in spring 2019. Her dissertation is titled “Confronting Modernity: Leo XIII, Rerum Novarum, and the Catholic Church in Ireland and Prussian Poland, 1878–1914.”

During the 2019–20 academic year, she will produce an initial report on the networks and movement of women religious across the English-speaking world in the 19th and 20th centuries through a close engagement with archives in Rome and Dublin. The project’s long-term aims include surveying the preservation and conservation needs of archival holdings and securing grant funding to digitally map the global distribution of women religious during the period under study. Luminiello will use Notre Dame’s Rome Global Gateway as a base of operations during research visits to Rome and the Vatican. 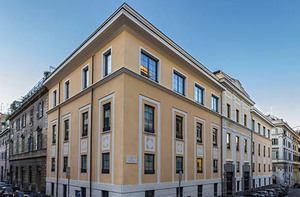 “I’m delighted to be a part of this collaboration between the Cushwa Center and RIISS,” Luminiello said. “We hope that many other scholars will find our project valuable for understanding how women religious operated in migrant societies. Transatlantic connections and rich Roman archives are essential to this project, and this is an exciting opportunity for me to get to know these archival collections and what they reveal about the agency of women religious in the Church.”

The project team at Aberdeen includes Michael Brown of the RIISS and Colin Barr of the School of Divinity, History and Philosophy, who will work alongside Cushwa Center director Kathleen Sprows Cummings in developing the fellowship project.

“The study of women religious and the networks they built across the English-speaking world is both important and relatively underdeveloped,” Barr said. “This collaboration between Aberdeen and Notre Dame will be the beginning of a range of projects designed to bring women religious back to their proper role in the history of both the Catholic Church and the English-speaking world.”

Cosponsorship of this fellowship reflects the Cushwa Center’s commitment to highlighting international sources and contexts for the historical study of Catholicism in North America.

“Since I became director of the Cushwa Center in 2012, my two priorities have been expanding its scope beyond U.S. borders, and foregrounding the work of Catholic sisters,” Cummings said. “This exciting initiative not only integrates those two goals, but continues the legacy of our founding director, Jay Dolan, a scholar of Irish America. I am thrilled that Rose Luminiello is poised to help us situate the work of Irish missionary sisters in a global context.”

Since 2014, Cushwa has collaborated with Notre Dame’s Rome Global Gateway to host lectures, book panels, two seminars, a conference, and two research fellowships in Rome, Italy. In November 2017, the center inaugurated its Rome advisory committee, whose 16 members share expertise, participate in events, and support new initiatives. In May 2018, Notre Dame Press published Matteo Binasco’s Roman Sources for the History of American Catholicism 1763–1939, which profiles collections in 59 archives and libraries in Rome and the Vatican relevant to American Catholic studies. Binasco authored the book during his time as the Cushwa Center’s postdoctoral fellow in Rome from 2014 to 2017.