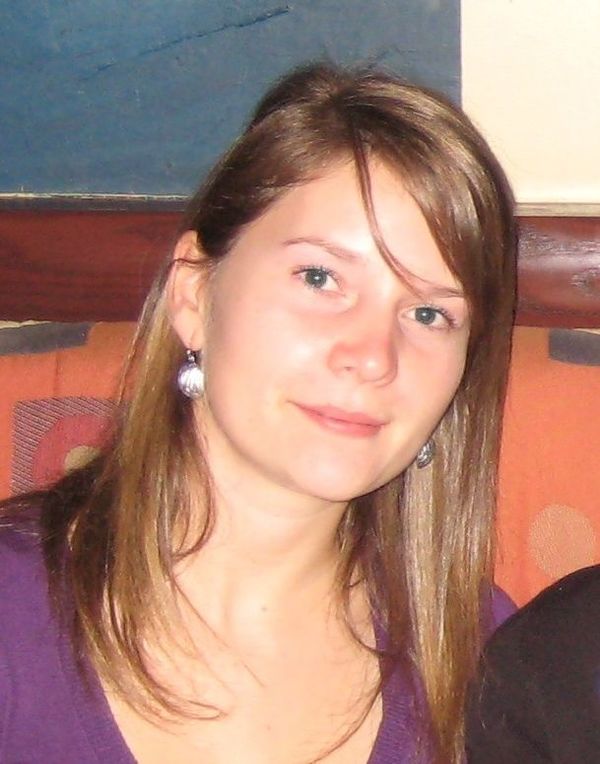 Geneviève Piché is a graduate student at the Université de Sherbrooke in Québec, Canada. She’s currently in the process of writing her dissertation, When Two Worlds Meet: Louisianans’ Slaves and the Catholic Church, 1803-1842. Piché received a Cushwa Center Research Travel Grant in 2013, and recently spoke with us about her research.

To start, tell us a bit about your project.

My research focuses on a crucial period for the Catholic Church of Louisiana, one in which the church needed to adjust to the new American regime and to a new influx of Anglo-Saxon immigrants. This period is also one of an unprecedented economic boom. The sugar and cotton industries that began developing during the first few decades had become a well-oiled machine by the 1840s. At that time, slavery affected all social and economic spheres, and that necessarily influenced the Catholic Church.

My dissertation is an attempt to reconstruct the religious world of slaves in the city of New Orleans and in neighboring parishes. I want to better understand the evolution of Afro-Catholic practices and the processes by which slaves in Louisiana built their religious culture, even as they dealt with the period’s complex cultural changes. The issue is highly problematic. Slaves are silent actors of history, particularly for this period. They have left almost no writings about themselves. We must therefore reconstruct their lives with the eyes of priests and missionaries.

I didn’t expect priests to speak so much about slaves, particularly their own slaves. Religious communities and priests had slaves to clean up their houses, seminaries, and convents, to do the cooking, to cultivate their gardens or plantations. In their correspondence, priests and religious often talked about their slaves, their “family” as they call them, and about their actions and their religious practices.


What collections did you examine while you were at Notre Dame?

The University of Notre Dame has several collections dealing with New Orleans, and Louisiana more generally. The most important is the collection of the Archdiocese of New Orleans, in which I found important correspondence of priests and bishops. The University also has collections of official papers and correspondence between the bishop of New Orleans and ecclesiastical authorities such as the Congregation for the Propagation of the Faith in Rome, the Society for the Propagation of the Faith (Paris), the Archbishop of Baltimore, and the Congregation of Vincentians.


Where else did you conduct research?


How did the Catholic leaders you focus on talk about slavery?

The biggest surprise is to see that the ecclesiastical authorities in Rome and in the United States never clearly articulated a policy toward Catholic slaves. In Louisiana, the majority of priests in the first half of the 19th century came from Europe, mainly France and Italy. Slavery was not a system they accepted easily. But in a state where the vast majority of people were slaveholders, and where it was almost impossible to live and work without slaves, the Catholic Church preferred to be silent on the issue, in order to avoid alienating the slave owners. Instead, they focused on giving religious instruction to slaves—not sometimes without opposition. Several priests wrote to their bishop or their French superior about the terrible problem of slavery. However, Creole priests, born in the country alongside slaves, were accustomed to this system.

During the entire period, priests asked many questions about slavery and slaves, about their place in the church and their religious rights. These questions often remained unanswered, and answers that I could find are vague. It was not until 1839 that Pope Gregory XVI condemned slavery and the slave trade, but the U.S. bishops were not all in agreement with him. And it was not until 1891 that the U.S. Catholic Church ordained its first black priest.


What was the biggest concern of priests in Louisiana during that period about slaves and slavery?

The availability of the sacraments. If masters easily sent their slaves to be baptized, that was not the case for marriage. The question of marriage for slaves was a common source of complaint during the first half of the century because priests needed permission from the master to marry his slave, but that was not always in the slaveholder’s interest. Thus, many slaves did not receive the sacrament of marriage, which was scandalous for the Catholic Church. Priests sometimes tried to convert slave unions into sacramental marriages. In some cases they succeeded, but for the vast majority the effort was vain. Public recognition of slave unions was rare, and the baptismal records often list “unknown father” for the children of such unions. The Catholic Church recognized, not without debate, the marriages of slaves, but there was a lack of influence, or power, to require slave owners to allow and encourage marriage.