With a Side of Knowledge is a podcast produced by the Office of the Provost at the University of Notre Dame. It brings listeners informal interviews with fascinating scholars and professionals from both Notre Dame and elsewhere that take place over brunch. 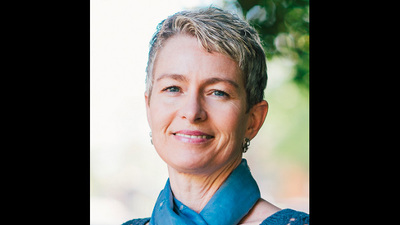 The second episode of the show’s third season, “On Incredible Women and a Story Too Good to Pass Up,” was released Thursday, Aug. 15, and features Ann Little, a professor of history at Colorado State University who specializes in the history of women, gender, and sexuality, with a focus on early North America. In June, she delivered the keynote address at the 11th Triennial Conference on the History of Women Religious, which was hosted by Notre Dame’s Cushwa Center for the Study of American Catholicism.

Little is the author of two books, most recently The Many Captivities of Esther Wheelwright. Published by Yale University Press, it won the 2018 Albert B. Corey Prize, awarded jointly by the American Historical Association and the Canadian Historical Association for the best book dealing with the history of Canadian-American relations or the history of both countries.

Born in 1696 in New England, Esther Wheelwright was captured by Wabanaki Indians when she was seven and raised by them until age 12, when she was enrolled in a French-Canadian Catholic convent. Wheelwright would eventually become the only foreign-born mother superior in the convent’s history.

Little and host Ted Fox talked about the circumstances that would’ve given rise to an experience like Wheelwright’s, how the convent helped her carve the space to author a life that was truly unique, and why her relative anonymity today belies her prominence in colonial America.

You can also listen to the episode with Little using the player below.

Originally published by Ted Fox at provost.nd.edu on August 15, 2019.