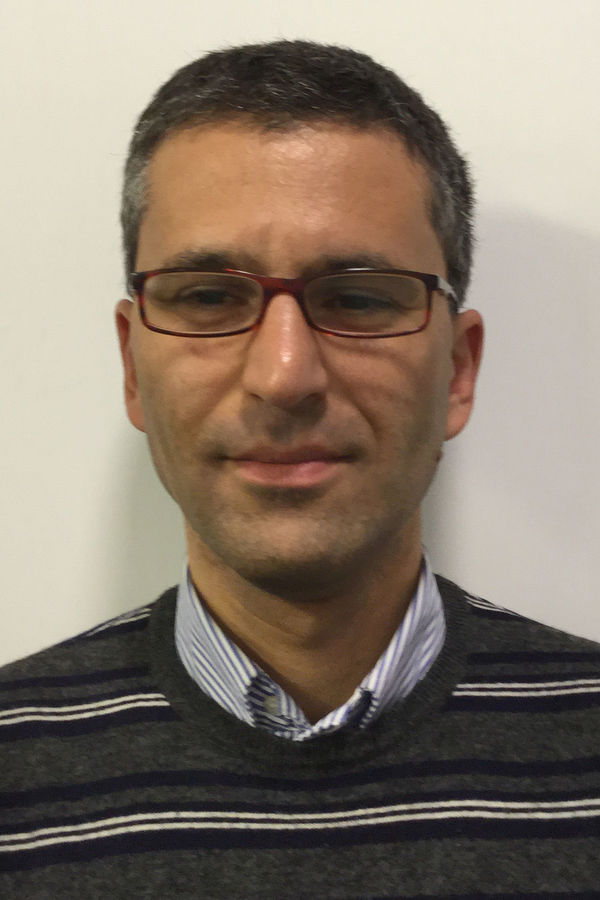 The Roman Sources for Global Irish Catholicism symposium was held April 16-17 at the University of Notre Dame’s Global Gateway in Rome. We caught up with Cushwa Center Rome Fellow Matteo Binasco right after the symposium to hear how it went.

What was the aim of this symposium?

We wanted to convene a group of scholars who have used Roman sources to study themes in global Irish history. The symposium was a wonderful opportunity to discuss the perspectives and potential offered by Roman sources for understanding how Irish Catholicism has been a truly global phenomenon and how the subfield of global Irish Catholic history has rapidly expanded. Beyond the traditional focus on Irish Catholicism in the United States, the papers presented at the symposium contributed to a new understanding of how Roman sources might expand our knowledge of how Irish Catholic clergy succeeded in establishing a "global" clerical network between Rome and places such as Australia, Canada, and the Caribbean. 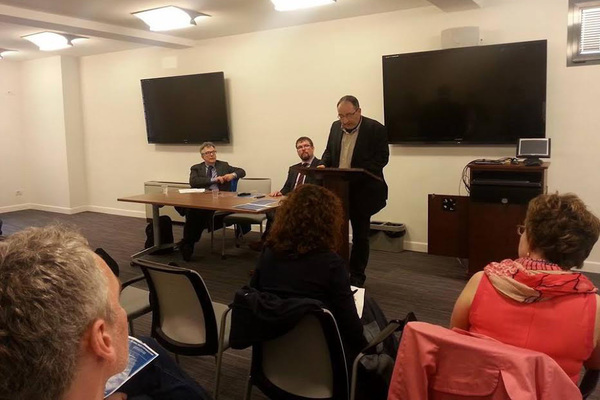 How did symposium participants assess the current state of scholarship in the field?

The participants assessed the state of global Irish Catholicism by delivering extremely well researched papers that touched on a variety of themes and covered a period from the late 16th century to the early 20th century. The seminar also served to highlight the gaps for which the Roman sources might provide new material about particular periods, such as the 18th century in Ireland, or themes, such as the male and female Irish missionary orders that were established during the 19th and 20th centuries.

Clare Carroll of Queens College, The City University of New York, presented the opening keynote, titled “Irish Protestants, Catholics, and Feigned Heretics in the Global Setting of the Ospizio dei Convertendi [House for Converts] 1677-1792.” Then we had three sessions. First, Luca Codignola, Terrence Murphy, and Igor Perez Tostado presented a session on Ireland, Rome, and the Iberian/North Atlantic World, especially in the 18th and 19th centuries.

Second, Colin Barr, Mateo Sanfilippo, and I presented a session on Roman sources for global Irish Catholicism. The third session, titled “The Irish Catholic Clergy and Rome: A Long and Composite Relation,” was presented by Paolo Broggio, Micheal Mac Craith, and Brian Mac Cuarta. (You can see the full schedule here.)

What were the highlights for you?

We took a field trip to Saint Isidore's, which was the first Irish College founded in Rome. It was established in 1625 by the Irish Franciscan Luke Wadding (1588-1657) for the education and training of the members of the Irish Franciscan province. We had the opportunity to visit the church, which is a wonderful example of the Roman baroque, and the library where Wadding and his fellow countrymen collected, edited, and published works on philosophy, theology, and Franciscan history.

Also, the roundtable at the end of the seminar was very exciting. In particular we discussed how the use of Roman sources could expand and improve the subfields of migration history, transnational history, and, naturally, the history of global Catholicism. A proposal was introduced to use the Rome Global Gateway as a place to establish and develop new research projects in this subfield.

Did many of the attendees know each other already? How did people talk about collaborating with each other?

The seminar was a remarkable place to form new relationships. In particular the keynote speaker, Professor Carroll, had the opportunity to meet with the director of the Cushwa Center, Kathleen Sprows Cummings, and with Professors Broggio, Codignola, and Sanfilippo. We were also honored to have in attendance the ambassador of Ireland to the Holy See, Emma Madigan, who enjoyed the seminar and who indicated her willingness to provide support for future initiatives. On a personal note, I had the opportunity to meet with Professor Ian McBride of King’s College of London, who attended the morning session of Friday. He is currently drawing on Roman sources to prepare a book on the Penal Laws in Ireland during the 18th century.

In addition to organizing the symposium, you’ve been preparing guide to Roman sources for American Catholic history. How is that going so far?

At present, I'm completing the descriptions of the archives belonging to religious orders such as the Capuchins, Dominicans, and Jesuits. The next phase will involve drafting the templates related to the big archives such as the Archives of Propaganda Fide and the Vatican Archives.