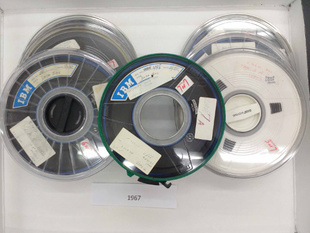 Helen Hockx-Yu arrived at the University of Notre Dame in 2016 for a position as program manager for digital product access and dissemination, created as a joint initiative of the Hesburgh Libraries and Notre Dame’s Office of Information Technologies. Previous experience at the Internet Archive and the British Library led her to be deeply concerned about the problems not only of digitization but also of digital preservation: if archival material is not written on paper, clay, or stone, but instead encoded in digital format, how do you keep it accessible to researchers as technology changes rapidly? Notre Dame archivist Charles Lamb attended one of Hockx-Yu’s forums on digital preservation. He told her of a unique collection that he knew would generate enormous scholarly interest but was not publicly accessible: the Conference of Major Superiors of Women (CMSW) Sisters’ Survey of 1967 contained in the Marie Augusta Neal Papers at the University of Notre Dame Archives. Hockx-Yu and Lamb thought the Sisters’ Survey of 1967 would be a perfect test case for ongoing digital preservation and access efforts at Notre Dame. 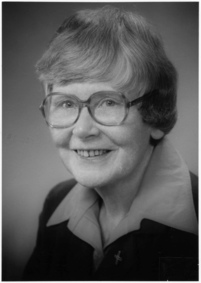 Sociologist Marie Augusta Neal, S.N.D. de N., joined the faculty at her alma mater, Boston’s Emmanuel College, in 1953. While teaching she also pursued her doctorate at Harvard, which she received in 1963. Her dissertation was based on a survey of Boston priests, for which she developed a method of systematically studying the sources of values and attitudes toward change. Her later work also depended on using combined responses to detailed survey questions to place respondents on an attitudinal continuum: for example, “high change” to “high non-change.”Neal’s work during the late 1960s was carried out primarily under the auspices of the Conference of Major Superiors of Women (CMSW), later renamed the Leadership Conference of Women Religious (LCWR). She directed an ongoing research project into “the readiness of religious for renewal and social activism in the direction envisioned by Vatican II.” By surveying American sisters in active religious life in 1967 (followed by a survey of religious in contemplative orders the next year), Neal intended to provide the CMSW with comparative data on orders’ varied readiness for change. Follow-up and related surveys extended into the late 1980s.

The 1967 project, generally known as the “Sisters’ Survey,” processed a massive quantity of data. With funding from the CMSW, Neal and her assistants mailed surveys to 157,917 sisters in 398 orders and received 139,691 responses—making for an astonishingly high response rate. The 649-item questionnaire asked about sisters’ individual beliefs concerning theology and religious life, their opinions of the current state of their communities, and their views on the structure of community life.

Neal herself published extensively on her findings during her lifetime, including Catholic Sisters in Transition: From the 1960s to the 1980s (Michael Glazier, 1984), which compared earlier datasets to later ones. Perhaps more important, however, were her interim reports to the CMSW and then LCWR, such as “Implications of the Sisters’ Survey for Structural Renewal” (published in the CMSW Annual Assembly Proceedings, 1967) and another titled “The Signs of the Times and the Implementation of Chapter Decrees” (CMSW Annual Assembly Proceedings, 1968). Neal believed her data was useful in explaining why certain kinds of sisters (at various ages and education levels, for example) seemed to think the way they did, particularly regarding change, and suggested that congregations not only study the results of their surveys but also use them to generate conversation and self-reflection in advance of the general chapters called for by the Second Vatican Council. Several years later, she made more technical presentations in the Review of Religious Research and Social Compass.

The Sisters’ Survey was not (and is not) uncontroversial. Journalist Ann Carey’s Sisters in Crisis: The Tragic Unraveling of Women’s Religious Communities (Our Sunday Visitor, 1997) collects sisters’ and others’ criticism of the 1967 survey in a chapter called “The Many Faces of Indoctrination”— suggesting that Neal and her “change-oriented” employers at the CMSW used leading questions to promote “a concept of renewal that had been conceived by an elite group of sisters” (109). Rather than impartially assessing sisters’ attitudes, detractors accuse, Neal set out to nudge respondents into discontent with convent life. Many more neutral or positive assessments nevertheless agree that the survey changed sisters’ attitudes at least as much as it described them. In The Rise and Fall of Catholic Religious Orders: A Social Movement Perspective (SUNY Press, 1994), sociologist Patricia Wittberg, S.C., notes that “for many, simply completing the survey was a consciousness-raising experience,” as respondents became aware of modern theologians they had never read, or activities they had never considered, such as attending political meetings outside of the community.

While distinguishing Neal’s work from the kind of intentional “push polling” which unethically directs subjects, Wittberg further notes that, like all survey creators, Neal probably did unconsciously bias some of her questions. She also points out that in general, the entire profession of sociology “was far less sensitive to unconscious bias back in the 1960s.” The original data from the survey is therefore of extraordinary value to historians, theologians, sociologists, and specialists in everything from women’s studies to economics. It allows re-testing and re-analysis of both Neal’s questions and the sisters’ responses. Are there ways to use different variables to re-measure the answers, looking for the answers to different questions than those of interest to Neal in 1967? Broad access to the data enables scholars to pursue these possibilities today.

Reformatting the data for a new age: Digital preservation at the University of Notre Dame Archives

The LCWR preserved Neal’s data on 21 magnetic tapes dating from 1966 to 1990, the year of her last follow-up survey, and donated them to the University of Notre Dame Archives in 1995–1996, when they joined the Archives’ extensive collection of material on American Catholic history. While the tapes include data from her other surveys, including those of South African Catholic schools, they are mostly records of American women religious in the post-Vatican II period.

For Notre Dame archivists, data degradation is an issue of great concern. The Archives’ primary strategy for preserving and safeguarding born-digital material, like the Neal data tapes, has been based on “continual migration.” In the case of the Neal data, they transferred the files from the tapes twice: first to CDs, and then, in 1999, to a hard drive. Hockx-Yu was able to open the files, but they seemed unintelligible at first—just enormous text files of numbers. Originally working with punch cards, Neal’s assistants had given each sister an identifying number and encoded her survey responses, also as numbers. In the raw data files copied from the magnetic tapes, there were no spaces or punctuation to indicate where one record began and ended, or what the responses might be, only millions of numbers. 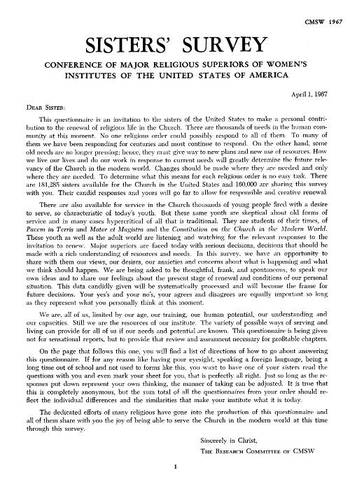 To solve this “digital detective story,” Hockx-Yu and Lamb turned to James Ng, the Hesburgh Libraries’ economics and social science data librarian, who was able to discern the pattern structuring the endless lines of numbers. Once Ng identified the string of numbers that indicated an individual sister, they could see that subsequent numbers indicated her response to each survey question. Ng was then able to write code converting the data into a spreadsheet format.

With the data now in a format that could be analyzed and possibly shared, the collaborators consulted the team at Notre Dame Archives in order to facilitate proper access to the born-digital materials. The archivists provided specific context for the data, the background of the collection, and restrictions addressed in the deed of gift.

The next step was to recreate the paper survey instrument (the 649-item questionnaire and its possible responses) as a digitized codebook correlated to the spreadsheet. These two files, recently published online at Notre Dame’s research portal CurateND, make it possible for new researchers to work with Neal’s data directly. Lamb, Hockx-Yu, and Ng hope that historians, theologians, sociologists, economists, and others interested in post-Vatican II Catholicism will take interest in the dataset’s snapshot of a large population of women at a time of significant upheaval.

Preservation of the congregational archives of women religious has recently been a topic of great interest. As smaller religious orders close or condense, what happens to their archives? How do larger orders prioritize preservation with limited resources and so many other needs? Earlier this year, as part of the conference series Catholic Archives in the Digital Age, archivists and librarians gathered at the Catholic University of America to discuss the maintenance of archives for the papers of religious orders. Last year, Colin Barr convened a gathering of international scholars in Aberdeen, Scotland, to discuss the possible creation of a support system for the preservation of Catholic archives, including those of religious orders. Numerous smaller gatherings, as well as the triennial Conference on the History of Women Religious, have also dealt with these problems. Most discussion, however, has been concerned with the preservation of physical materials rather than digital preservation.

Digital preservation is complex and requires collaborative efforts over time and across specializations. Even digital records need conservation, lest the media they are stored on degrade. In many cases, as with the Sisters’ Survey data, this means regular transfer of digital files to new physical “homes.”

Oftentimes, the cooperation of legal and ethical specialists are required. Earlier agreements between Neal and her employers, and between the LCWR and Notre Dame, protect individual sisters’ and congregations’ privacy. Before releasing the dataset to the public, the collaborators needed to ensure that it was properly anonymized.

Ongoing access to archival material also relies on archivists and historians who understand the original context in which the data was produced; digital archivists or specialists who can transfer and open files on new machines running new software; and, sometimes, those who can read the recovered files, whether they are written in a foreign language or in strings of numbers.

In every case, reaching out across departments or institutions is essential. The careful steps taken over time by archivists, along with expertise in digital preservation, data analysis, emerging technologies, and other areas, have allowed this valuable data to find new life in the digital age and reach scholars around the world.

Access the finding aid for the Sister Neal Papers: archives.nd.edu/findaids/ead/xml/nea.xml

Catherine R. Osborne, a postdoctoral fellow with the Cushwa Center from 2014 to 2017, is visiting assistant professor in the Department of Theological Studies at Loyola Marymount University in Los Angeles.