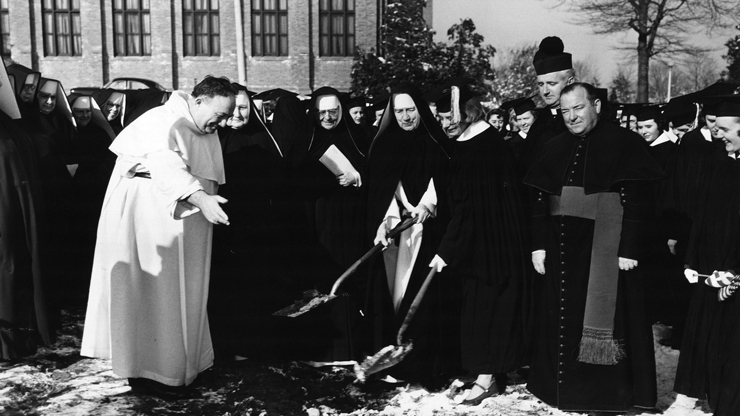 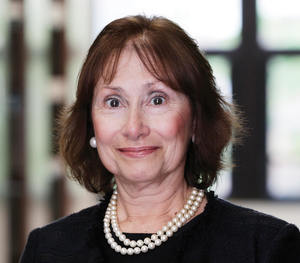 I am a specialist in the history of women and a long-serving professor at a university that has its roots as a small Catholic women’s college. These two facts are central to my explanation of why and how I have come to study Catholic religious sisters, a journey that—I am ashamed to say—has been very long in the making.

When 38 years ago I began teaching at Caldwell University in Caldwell, New Jersey, a suburb of New York City, the Sisters of St. Dominic played a dominant and highly visible role in all aspects of campus life—serving as president, academic dean, dean of students, registrar, librarian, and faculty in most departments. As late as the mid-1980s, I never stopped to think about the religious background of our students. As did most people, I assumed they were Catholic and well acquainted with the tenets and traditions of their faith. The small population of international students then enrolled came primarily from Catholic (and at that time oil-rich) Venezuela, and their parents assumed their wealthy daughters were safe in what they perceived to be a “finishing school on the hill.”

The new faculty orientation I received in 1980 included no discussion of the college’s Dominican mission or heritage. Perhaps it was simply assumed that I knew what I was buying into. I was, after all, myself a product of 16 years of Catholic education. No one needed to explain to me why we opened the academic year with a mass of the Holy Spirit, who Thomas Aquinas was, or why the Science Department held a party each November to honor Albertus Magnus, the 13th-century Dominican scholar considered to be the patron saint of natural scientists. Numerous professors began their classes with daily prayer—something I was well acquainted with from my own college days—and all students took 15 credits in theology and philosophy as part of the core curriculum.

As a faculty member I never thought about how the college’s mission and heritage impacted what I taught in my classroom. As a historian, I could talk about the Middle Ages and Protestant Reformation with confidence, and I knew all about the role of the Catholic Church in monasteries and universities, the Crusades, and the evangelization of the Americas. Even secular textbooks mentioned the role of mendicant friars—e.g., the Dominicans and Franciscans—when discussing the growth of towns in the High Middle Ages. In my view, I was simply teaching history, the same as I had done in my earlier stints at public and highly secular institutions.

In fact, I’m somewhat ashamed to say that I never thought to be more creative with my script. As a historian of women, I always began my women’s history classes explaining to students that the new history focused on non-elites—history from the bottom up. When looking at the historical experiences of women, the new history focused on those typically left out of the traditional canon—women artists, painters, musicians, writers, scientists, mathematicians, aspiring politicians. In my own research and publication, I have written about women revolutionaries, radicals, socialists, communists, communitarians, even lesbians, but the subject of religious women—nuns, sisters, mystics—never crossed my mind to pursue, even though the religious community is one of the oldest but least analyzed women’s groups in the United States. As late as four years ago when I last taught a course on the history of women in America, I thought nothing of the fact that the very comprehensive textbook I was using—800 pages in all—contained exactly two pages on Catholic sisters, and here the sole focus was on the role these women played as nurses in the Civil War.

Over the last few years, however, several factors have been responsible for moving my teaching and research interests toward a much clearer focus on the contributions made by Catholic sisters to American life.

The first factor is the palpable, visible, and focused attention on mission and identity that many Catholic colleges and universities across the country are adopting as they struggle to reach what is being called the “unchurched” generation. According to a recent report in The Chronicle of Higher Education, Catholic students make up just about half of undergraduates at the nation’s 225 Roman Catholic colleges and universities. At my own institution, students who self-identify as Catholic make up about 38% of the traditional undergraduate population. Only about 15% come to us from Catholic high schools. Across the country, Catholic colleges find themselves working a lot more consciously to promote, retain, and simply explain our Catholic identity.

The need to be much more explicit in what we do and why we do it has been brought home to me on various occasions.

I have had numerous students who think that saying we are a Dominican university has something to do with the Dominican Republic!

When teaching a class on the history of women’s education, I showed a photograph from a typical Caldwell classroom of the 1940s. I was rather surprised if not dismayed when a junior history major—otherwise quite a good student—raised her hand to ask why the instructor in the photograph—a Dominican sister—was wearing such “funny clothes.” The plot thickens when you realize that this student had herself received a Knights of Columbus scholarship to attend college. I wonder how familiar she was with the background of the very organization that was funding her!

Confronted with a situation, we cannot simply bemoan our fate. Rather, we must discuss what might be done about reaching our “unchurched” and increasingly non-Catholic students.

Several years ago, Caldwell University had the courage to make critical and—among some constituencies—decidedly unpopular changes to our core curriculum. In addition to the traditional requirement of introductory courses in theology and philosophy, we challenged the faculty to create an array of new interdisciplinary courses focusing on Catholic and Dominican identity. For faculty, the change provided an intellectually stimulating opportunity to approach this topic from the vantage point of our individual disciplines. My own contribution to the new core was the creation of a course entitled The History of Catholics in America. Just as historians develop specialized courses focusing on neglected groups in the American past—women, African Americans, or Native Americans—so too can we look at Catholics in America as a distinct population. This course quickly became one of my very favorite courses to teach, and has proven to be highly popular with our students. The focus of the course is not theology, but the role that the Catholic Church as an institution has played in American life and culture. We study Catholic outreach to waves of immigrant groups, the service of Catholics in war, politics, and the professions, Catholic contributions to education at all levels, the Church’s focus on social justice and social reform, and—most important of all—the work of American Catholic sisters. 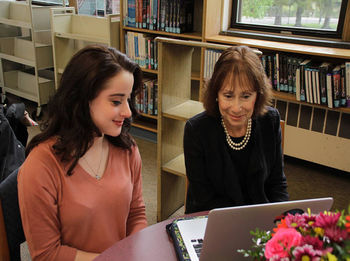 My newfound interest in this subject dovetailed perfectly with the goals of the SisterStory, an exciting project that campus administrators were eager to bring to Caldwell. An initiative of National Catholic Sisters Week, which is headquartered at Saint Mary’s University in Minneapolis and supported by a Hilton Foundation grant, SisterStory has partnered with more than 16 colleges to record, transcribe, and archive the experiences of approximately 100 Catholic sisters. The goal is to pair college students with individual sisters so that the achievements and life choices of these religious women might become better known to a younger and less informed audience. At Caldwell, I have been privileged to be the faculty mentor for this project over the course of the last two years. Currently, I am in my third year of working with sisters and students. Using the standardized guidelines of the SisterStory project, we have developed an independent study course that pairs individual Caldwell students with members of the Caldwell Dominican community. Over the course of each semester, bonds of friendship have developed between students and sisters, who have been most generous in sharing details of their lives. According to their own heartfelt individual testimonies, it has been a life-changing experience for the students involved, and we are thrilled that the recollections of Caldwell Dominicans have now become part of the permanent archive on religious sisters being created by the project.

The experience has also been personally and intellectually rewarding for me. Because students involved in the project needed some context for their work, I began by preparing a short overview of what it means to be a sister, to take vows, and to live in community. I developed some brief historical background on the history of the Dominican order in Europe and the United States. What began as a short introductory lecture for six students has blossomed into an ongoing research project on the role of Catholic sisters in American life. Over the last few years, I have developed a comprehensive illustrated presentation outlining the contributions of women religious to the development of the United States—work with immigrants, Native Americans, African Americans in cities and on the frontier, in social work, health care, and education. By no means am I claiming to do original research, but thanks to the scholarly research of others, I have been able to share this neglected history with a variety of general audiences. My work has been the subject of a university podcast, a radio interview, and a series of lectures for student groups, alumni gatherings, local parishes and Catholic organizations. My purpose in pointing this out is that I never expected that my little effort to assist students with an independent study project would yield such rich personal and professional rewards.

I have no easy answers to the problems of the unchurched generation, the decline in religious vocations, or the changing religious demographics of American society. I do believe, however, that in the face of all these challenges, it falls to the faculty of Catholic colleges and universities to carry on the legacy begun by the religious communities who began so many of the institutions at which we teach. In the words of the well-known Irish ballad, it is up to us to keep the tradition of these women alive.

Marie Marmo Mullaney is professor of history at Caldwell University where she teaches a wide range of courses, including interdisciplinary classes on the History of Catholics in America and the History of the Catholic Church. She has published widely on a variety of topics in the area of women’s history.

This article appears in the spring 2018 issue of the American Catholic Studies Newsletter and is one in a series of columns on this topic by members of the Conference on the History of Women Religious. If you’re interested in contributing, please contact us at cushwa@nd.edu.