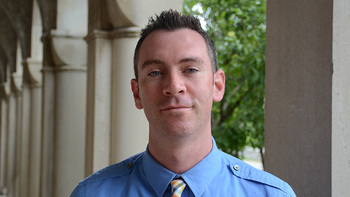 In the fall of 2012, I was in my second year of graduate school at Temple University and enrolled in a social inequality course. Prior to this, most of my research interests were in the area of urban poverty and inequality, so this seemed like a logical place to start. However, that semester I was also taking an elective course in feminist theory, so I thought this might be a good opportunity to research a sociological topic outside of my primary area.

At the same time, I was working at Chestnut Hill College in Philadelphia, a sponsored ministry of the Sisters of St. Joseph, where I still work today. The Motherhouse for the Sisters of St. Joseph of Philadelphia is adjacent to Chestnut Hill College, and nearly 40 sisters still teach or work at the College, so the sisters’ guiding presence on campus animates the College’s mission and identity. I quickly became attracted to their spirituality and charism, and the more I learned about the congregation’s commitment to social justice and education, the more invested I became. That summer and fall, there was a palpable frustration among the sisters on campus, stemming from the April 2012 doctrinal assessment of the Leadership Conference of Women Religious (LCWR) from the Vatican’s Congregation for the Doctrine of the Faith. They—along with countless other sisters, Catholics, and non-Catholics alike—felt this assessment was unfairly harsh, and neglected to acknowledge their decades of service to poor and marginalized communities.

As I joined others in solidarity with women religious in the United States, I realized that this was a perfect topic to write about for my social inequality course. What I didn’t realize though, was how that first paper would totally change my trajectory in graduate school. With each course and research project, I shifted further away from my original focus and more toward studying the lives of women religious. My faculty mentors at Temple were incredibly encouraging; it also wasn’t lost on me that my insider connection to this congregation afforded me access to data that other researchers might not have. I attended conferences on the history of women religious, and connected with the generous and supportive community of scholars doing this work. A few years later, I celebrated my first academic publication—a reworked version of the term paper I first wrote in fall 2012.

My current work expands on my dissertation—a case study of the renewal period for the Sisters of St. Joseph after the Second Vatican Council. As a sociologist, I study social structures—and how these structures both influence and constrain individual choices. For women religious, these structures can be as large as the institutional Church and the glass ceiling for women in the workplace, or as small as individual convents and academic departments. But structures aren’t monolithic or immutable. Individuals and communities have the power to challenge them, exercising agency and changing the course of history. Like all women, women religious are affected by social movements—from the civil rights and feminist movements of the 1960s and 1970s, to Black Lives Matter and #MeToo in recent years. It is inspiring to hear that women religious marched on Selma, and continue to work for universal healthcare and comprehensive immigration reform.

My students are often surprised to learn some of this, and I take great pride in showing them how as students in a sponsored ministry of a women’s religious community, they are part of that legacy. For many of my students, attending Chestnut Hill College brings their first experience meeting a religious sister.  They must reconcile the often one-dimensional images of nuns they see in the media with the capable group of educated women in their classrooms or the selfless, dedicated sisters in ministry throughout the Philadelphia area. With every example of a nun cheering on a sports team or wearing a habit while cleaning up after a natural disaster that goes viral on social media, I challenge my students to dig deeper to see their lives lived in service, and more importantly—their humanity. Reducing women religious to caricatures denies their agency and independence, and reproduces the notion that nuns are a homogenous group of meek or frail women who might amuse us by doing everyday things. Similarly, holding them up on pedestals ignores the reality of their lives, which, like all of ours, occasionally include disappointments and missteps. These are real women—who do extraordinary work, for sure—but who are shaped by the society and time in which they live. 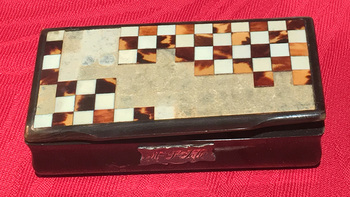 One of my favorite stories about the foundress of the Philadelphia community illustrates this point. Born in France, Mother St. John Fournier led a small delegation of sisters to Philadelphia in 1847 by way of Carondelet, near St. Louis, Missouri. Under Mother St. John’s leadership, the congregation grew to become one of the largest communities of women religious in Philadelphia. Nearly 100 years after her death, on the first floor of its motherhouse, the congregation opened the doors to the Heritage Rooms, a small museum with artifacts and archival materials dating back to its founding in Le Puy, France, in 1650. Naturally, Mother St. John Fournier features prominently in the display cases, including one with an extensive collection of her personal belongings. A woman of her time in mid-19th century America, Mother St. John used snuff tobacco—a habit that she carried through to the end of her life, and one that some her fellow sisters presumably found repugnant. At the time of her death, the community labeled one of her belongings “Stamp Box,” an innocuous misnomer designed to conceal her snuff habit. As congregational historians discovered more about her life, it became clear that this item was indeed Mother St. John’s snuff box—a story that my students find fascinating.

Mother St. John Fournier undoubtedly led an extraordinary life, but she was human. She was shaped by Philadelphia’s Nativist Riots and anti-Immigrant sentiment, but also by sisters in her community and the local support of Bishop (now Saint) John Neumann—a storied friendship that enriched both of their lives. I’m sure all scholars of women religious have their own favorite anecdotes, all of them entertaining. I study women religious because despite gendered constraints in the Catholic Church and secular society, sisters take courageous risks and challenge unjust structures that perpetuate inequality. Yet at the same time, their lives can often also be refreshingly imperfect. As a sociologist, I study women religious to identify patterns of behavior from guiding, principled leaders that may inspire Catholics to find a path forward at a time when many of us feel overwhelming alienation from the institutional Church.