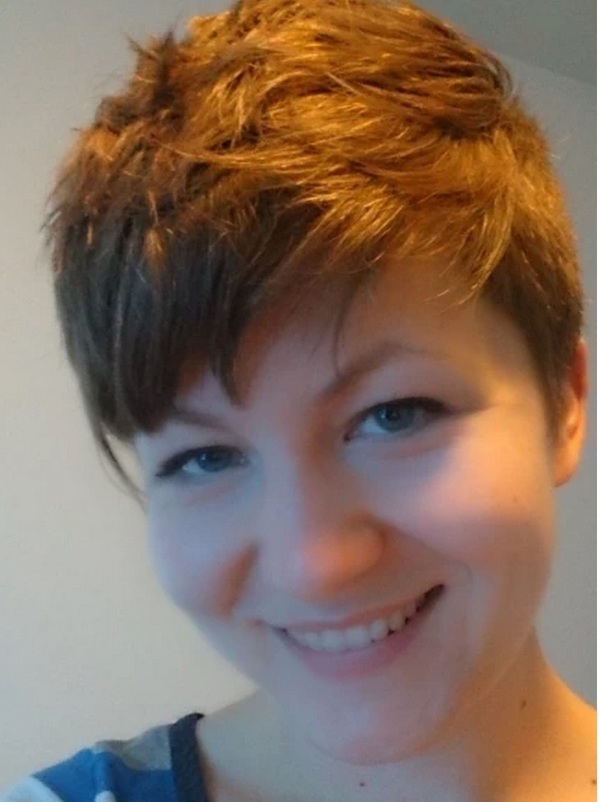 Jane Skjoldli is a Ph.D. candidate in the study of religion at University of Bergen in Norway. She is the Cushwa fellow for the 2015 spring semester. Her dissertation has the working title “Pope John Paul II: A Globiography.” American Catholic Studies Newsletter editor Heather Grennan Gary recently sat down to hear about her work.

How did you first hear about the Cushwa Center?

There are a few scholars of religion in Norway that do research on Catholicism, but the research program of “Catholic Studies” in Norway doesn’t really correspond to “Catholic Studies” in the United States. Nor is there one that corresponds directly to “American Studies.” As the two find their mutual expression in the work of scholars that are involved in both, I first heard about the Cushwa Center through Professor Tom Tweed.

Tell us about your project. What drew you to your topic?

I completed my master thesis in the Study of Religion in 2012 on the veneration of Pope John Paul II in Rome, and I wanted to better understand his pontificate and the changes it brought, especially in a global context. Scholars from various disciplines have focused on aspects of John Paul II’s pontificate already, yet attention from scholars of religion remains scarce. I was interested in studying globally significant papal public events from a religious studies perspective. That led me to focus on World Youth Day (WYD), a Catholic festival intimately connected to the New Evangelization.

What in particular stands out about WYD for the purposes of your project?

While WYD celebrations are held at the diocesan level and in Rome each year, when most people think of World Youth Day, they think of the events that are held every two or three years in a different city—like Rio in 2013, Madrid in 2011, and Sydney in 2008. These celebrations are religious public events of immense proportions. They attract hundreds of thousands to millions of participants from all over the world, targeting youths and young adults between 16 and 35 years of age (the target age group has shifted somewhat higher during the last 20 years). WYD budgets are in the millions of U.S. dollars. Planning and execution involves a sophisticated, complex organizational structure, including every level of the clerical hierarchy and thousands of volunteers. Massive logistical and commercial coordination is involved, as well as coordination with civil authorities, security, emergency responders, and, not least, media and transportation personnel. The sheer size of the events has led some to compare World Youth Day to Woodstock and to the Olympics.

Not much research has been done on World Youth Days, and most of it has focused on those held during Benedict XVI’s and Francis’ pontificates. But it was during the pontificate of John Paul II that WYD had its first formative periods. Much of the evidence that I have been able to examine so far seems to indicate that one highly important formative period is connected to the World Youth Day held in Denver in 1993.

From a historical perspective, it would be both indefensible and insufficient to write a dissertation on John Paul II’s pontificate without taking into account its controversial and paradoxical aspects— aspects that in many ways crystallized in the first decade of his pontificate. It is possible to trace the development of these aspects by paying attention to discursive strands that make their appearance in private correspondence as well as in public media reports.

What research are you doing at Notre Dame?

I’m looking at a variety of sources related to World Youth Day 1993 and John Paul II’s earlier visits to the U.S.: letters and newspapers, preparatory documents and correspondences, memorabilia, souvenirs and ephemera, photographs and audiovisual material. I’m also interviewing past and future WYD participants. The material available is incredibly rich.

What collections or resources have you accessed?

Of course, the Catholic Studies floor in the Hesburgh Library is a great joy to explore, as are the many resources on Catholic youth ministry available. In the Archives, the collections of the National Catholic Reporter Publishing Company, Astrik L. Gabriel, Paul Marx, Rose Eileen Masterman, Philip J. Sharper, John F. Dearden, Daniel Cherico, and last but not least, Theodore M. Hesburgh, are all helpful.

What have been some of the highlights of your time here so far?

Visiting the Cushwa Center is a highlight in and of itself, for several reasons. First, I really appreciate the privilege of doing research in an environment of scholars working in Catholic Studies who possess both wide experience and weighty expertise. Second, the ACHA spring meeting that Cushwa hosted in April was a pleasure to attend as well as helpful to my research in a broader sense. Third, as a non-Catholic from a country with a small Catholic minority, I find it very helpful to visit a Catholic institution.

The academic and religious environments in Norway are very different. Some things are obvious: Our country—and consequently our academic sphere—is much smaller than yours. And although immigration has fueled Catholicism’s recent growth in Norway, the Catholic community remains relatively small. Catholicism was in fact only legalized anew in 1843, but anti-Catholicism remained prevalent until after the Second World War. Today, the Catholic Church in Norway is helping to inspire the rejuvenation of some old pilgrimage trails that growing numbers of nonCatholics—Christians and nonChristians—now walk.

Have you gained any particular insight into American culture—or American Catholic culture—during your time here that has influenced your understanding or approach to your project?

Being so far from home seems to have made a larger geographical area “home”— thinking about myself as a European rather than more specifically as a Norwegian has been useful for me in thinking about location, diversity, and belonging. All of those categories are relevant to my project, and I have been inspired to ask new questions, modify, and even reject some perspectives that I previously found useful. For example, while I was familiar with some of the basic diversity of “American religion” and “American Catholicism,” no book— however well written—can replace the experience of living, moving, and thinking in a highly diverse environment that to a greater or lesser extent identifies with those terms; as the saying goes, “map is not territory.” Encountering diversities that play out differently from what I previously might have expected challenges me to think in new ways, according to different maps—none of which, of course, will correspond perfectly to territory. As I continue to practice my hand at the cartography of Catholicism, however, hopefully my attempts will improve so as to honor the privileges that have been so generously afforded me.