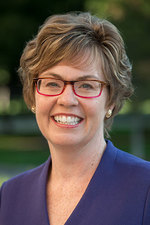 The recent Hollywood drama Hidden Figures centers on the previously unknown story of three African-American women who worked at NASA and contributed substantially to its success. It was gratifying to see acknowledged on the big screen a phenomenon with which I am very familiar: sexism and gender stereotypes often combine with other factors to minimize women as historical actors. For the film’s protagonists, racism helped to mask their presence; for many Catholic women, religious assumptions and expectations work to conceal them. As my colleague Suellen Hoy has cannily observed, “Obscurity and invisibility, though not uncommon in the study of women’s lives in general, are particularly troublesome when they are sought after and considered measures of success.” 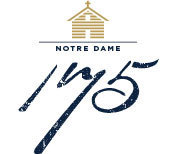 The University of Notre Dame is celebrating its 175th anniversary in 2017–2018. In November, Father Thomas Blantz, C.S.C., will help us explore some University history with his Cushwa Center Lecture on Father John Zahm, C.S.C. In tandem with campus celebrations this year, I am thrilled to announce a new Cushwa Center initiative that will both honor a “hidden figure” in Notre Dame’s own history and support scholars who seek to move Catholic women from the margins to the forefront of historical narratives.

By the time Father Edward Sorin, a priest of the Congregation of Holy Cross, arrived in northern Indiana in November 1842 to found Notre Dame, he had already spent over a year near Vincennes, a city in the southern part of the state. Sorin’s arrival in Indiana had heartened Mother Theodore Guerin, another French missionary who had established the Sisters of Providence of Saint Mary-of-the-Woods, just north of Terre Haute, in 1840. The two religious congregations had been connected in France, and Mother Theodore hoped Sorin would not only bring her news from home but also become an ally in her new habitat. For her part, Mother Theodore was eager to help Sorin succeed on the farm he established with six Holy Cross brothers. Knowing from her own experience what he would need most, Guerin sent them a gift of a wagon and a yoke of oxen.

Over the next year Guerin and Sorin commiserated over their mutual struggles with the bishop of the Diocese of Vincennes. For Guerin, the bishop’s “strange character, his inexplicable harshness, and exactions were the cause of the bitter and heavy cross” which weighed heavily on her community. Sorin’s tussles with the bishop, meanwhile, prompted him to open a new foundation at the diocese’s northern reaches. Just before he departed for South Bend, Sorin wrote to Mother Theodore, assuring her of his “sincere devotedness” to her and her spiritual daughters. He expressed his regret that he could not bid her farewell in person: “How glad I would be to see you, my good Mother … [but] I am not able to delay for the day it would require.” He asked her to pray for his success in his journey north and in the new venture that awaited him there. 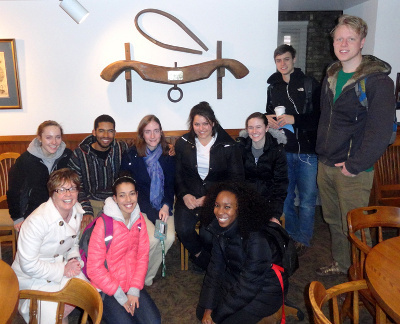 To this day a yoke hangs in the refectory of Notre Dame’s Corby Hall, accompanied by a plaque that identifies it as the one Sorin brought with him to campus. I first heard about this when a student of mine who worked in Corby brought it up in class; another student suggested we visit to check if Mother Theodore’s name appeared on the plaque. It does not. As the yoke has not been authenticated, we cannot ascertain whether it was indeed the same one Mother Theodore gave to Father Sorin in 1841. The scene nonetheless paints an evocative image. As members of the Congregation of Holy Cross gather for their meals, hidden in plain sight is an artifact that likely bears the fingerprints of a woman who had been one of Notre Dame’s first benefactors. 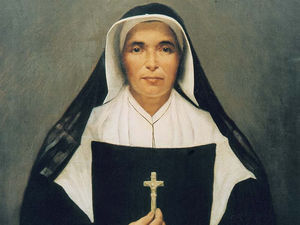 This year the Cushwa Center has benefitted from the generosity of another woman from Saint Mary-of-the-Woods. Mrs. Anita McMahon—an alumna of Saint Mary-of-the-Woods College whose deceased husband, Bill, graduated from Notre Dame in 1950—gave us a gift that will support the Mother Theodore Guerin Research Travel Grant Program. This initiative both celebrates the past and seeks to shape the future. It memorializes the historic connection between Saint Mary-of-the-Woods and Notre Dame, and supports researchers whose projects seek to feature Catholic women more prominently in stories of the past. Grants of up to $1,500 will be made to scholars seeking to visit any repository in or outside the United States, or traveling to conduct oral interviews, especially of women religious, for purposes of historical, sociological, theological, and peace studies research. An inaugural round of grants will be awarded in late spring 2018 (application deadline: May 1, 2018). Thereafter, applications will be due December 31 each year for research in the subsequent calendar year. Complete application guidelines will appear soon at cushwa.nd.edu.

Meanwhile, I would like to extend a special thanks to another “hidden figure” who was part of Cushwa’s shadow staff as we prepared this issue. Traversing Europe in early June, Patrick J. Hayes served as our de facto international correspondent. He penned the reports on Cushwa’s conference on North Atlantic Catholics in Rome (p. 11) and the 2017 Annual Meeting of the Historians of Women Religious in Great Britain and Ireland (p. 25). Happy reading to all!