Why I study women religious

This is one in a series of columns on this topic by CHWR members. If you’re interested in contributing, please contact chwr@chwr.org. 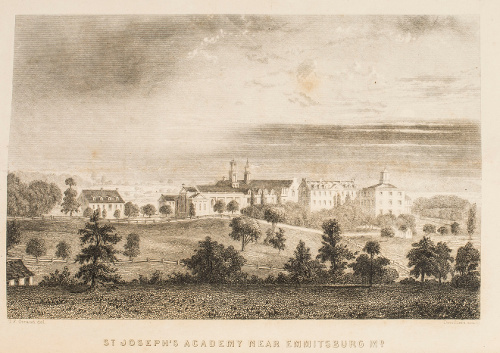 As a high school student, I had the opportunity to take two summer courses at Duke University. I had to take economics to fulfill a school requirement, but for my elective course I chose a seminar on women and religion in the United States. This course led to a lifelong fascination with women’s history, and more specifically with women’s spiritual power. Our seminar was wide-ranging and extensive: we studied spiritual pioneers Anne Hutchinson and St. Kateri Tekakwitha alongside utopian sects like the Oneida Perfectionists and the commercial evangelism of Aimee Semple McPherson. My research interests, too, are similarly eclectic; unlike many who study women religious, I do not study them exclusively. By comparing Catholic women religious to Shaker sisters and Protestant evangelicals, I believe we gain a wider understanding of the diversity of women’s religious experiences in 19th-century America. This comparative approach also lets us see the many ways Catholic sisters and nuns challenged the gender hierarchy of early America as property owners, social reformers, and community leaders.

As Leslie Woodcock Tentler has noted in her article “On the Margins: The State of American Catholic History” (American Quarterly 45, no. 1), if Protestant or secular women had built as many schools, hospitals, and orphanages in the 19th century, “they would be a thoroughly researched population.” I study Catholic women religious because I believe they are currently underserved both by women’s history and the larger narrative of the early republic, my area of specialty. These histories typically highlight events like the Ursuline Convent burning of 1834 and the scandalous “escaped nun” publishing phenomenon that helped make Maria Monk’s Awful Disclosures of the Hotel Dieu the nation’s first bestseller as symbols of rabid anti-Catholicism. But all too often, they fail to render women religious as flesh and blood persons.

In my research, I strive to render the humanity of women religious so the reader may see them as people with hopes and dreams, doubts, and agency. These are women like Sister Mary Ignatia Greene, a Protestant convert and Daughter of Charity, who for many years longed to serve in the mission field, only to die in 1852 crossing the Isthmus of Panama en route to establish a charity school in San Francisco; or Mother Catherine Spalding of Kentucky, who was well-known for befriending the most rambunctious girls at her school, searching after them like the shepherd after the lost sheep.

More than anything, studying women religious has been rewarding. At my first Conference on the History of Women Religious (CHWR) in Minneapolis, I was slotted for an 8:00 a.m. panel. Prior experience at other conferences had taught me I should expect no more than a handful of people in the audience— historians aren’t known for being early birds. Imagine my surprise to find nearly every seat filled, mostly with women religious, wide awake and ready to hear me present. As a young, newly minted Ph.D., I couldn’t have asked for a more generous welcome. It has been a pleasure to meet so many women religious through the CHWR and to collaborate with sister scholars and sister archivists. 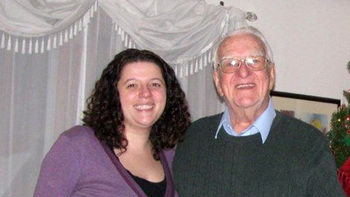 Studying women religious has also provided an opportunity to connect with my own Catholic heritage. Like many Catholics born in the 1980s, women religious were not a facet of my childhood. The parochial school attended by my grandparents, aunts, and uncles had closed a decade before I was born. My grandfather died at the age of 95 while I was writing this piece, after a long, happy, and devoutly Catholic life. He raised me on stories of World War II and of the sisters who taught him at St. Mary’s School in Hudson, New York, during the Great Depression. Not all of the stories were flattering—“Sister” may have punished him once or twice—but they were genuine and evocative and made the past come alive. I like to think of him as my first historian. And while I am sad he did not live to see my writing in print, he was always very interested in my work on women religious and I know he is with me on this journey.

Kara French is assistant professor of history at Salisbury University.