Tenth Triennial Conference on the History of Women Religious

On June 26, more than 100 historians, educators, and archivists from around the world convened at the University of Santa Clara for the 10th Triennial Conference on the History of Women Religious. The conference theme was “Whither Women Religious: Analyzing the Past, Studying the Present, Imagining the Future,” and over the next four days, conference attendees heard about 50 papers on topics ranging from the Canadian sisters who taught in Japanese internment camps during World War II to the Irish sisters who influenced their country’s foreign policy in the 1980s.

In the last 30 years, the history of women religious has seen tremendous growth as a field. As Deirdre Raftery of University College Dublin noted in the conference’s opening keynote, no longer is the field defined by its dearth of information. No longer are women religious ignored in or erased from historical memory. “I am excited, inspired by the title of this conference this year,” Raftery said. “It is a title that rightly causes us to give pause and to reflect and ask ourselves where is the field going.” 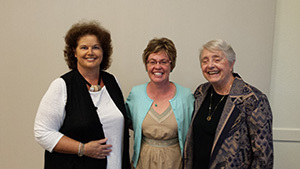 However, she added, that does not mean that the historians who research and write about Catholic sisters are done making the case for the importance of their field. “Scholars … have commented on the historical marginalization of women religious,” she said. “Why is the history of women religious marginalized? And perhaps, most troublingly, why has it remained on the margins of histories of the female sex?”

The history of women religious, Raftery said, is still not taken as seriously as it should be by women’s historians or historians more generally, but researchers studying Catholic sisters can change that by actively working to widen the readership of their research— by publishing in new journals and by taking advantage of the new digital tools now available to historians. After all, Raftery said, the history of women religious has significant implications for everyone, not just Catholics. “You’re talking about the collective history of thousands of people. It is hugely important.”

The first night of the conference wrapped up with a new feature: a panel called “Picture in 1,000 Words” where scholars gave short papers on a single visual representation of women religious. There were illuminated manuscripts, annotated journals, and photographs—but judging from its dominance in the question and answer session that followed the papers, the highlight of the evening was University of Tennessee, Knoxville’s Shannen Dee Williams presenting on the 1964 painting, “My Black Nun.” In the painting a young black woman, dressed in a habit, arms crossed, gazes defiantly at the viewer.

“To me, it’s the most important image of a black nun to ever be painted in the United States in part because she is a product of his imagination,” said Williams, who is currently writing her first book: Subversive Habits: Black Nuns and the Long Struggle to Desegregate Catholic America.

Williams said when she interviewed the painter, Philadelphia-based Barkley L. Hendricks, he told her he had dreamed up the fictitious woman in response to the racial trauma of his childhood. Every morning, he had to walk past an all-white Catholic school on the way to the public school he attended, and as he passed, the students and the sisters who taught there would call him racial slurs.

“So, growing up,” Williams continued, “he began to imagine that there was a black sister in that community, and she was his savior. He would dream about this black nun.”

Visual analysis played a role in many papers beyond the two “Picture in 1,000 Words” panels. Carmen Mangion of the University of London, for example, spoke about conceptions of the “modern girl” and her perceived suitability (or lack thereof) for religious life in postwar Britain. Mangion’s paper investigated the imagery of vocation brochures, novels, and popular culture representations of both the “modern girl” and convent life, arguing that fictionalized ideals collided with reality at every step of an entrant’s journey into, and sometimes out of, religious life. 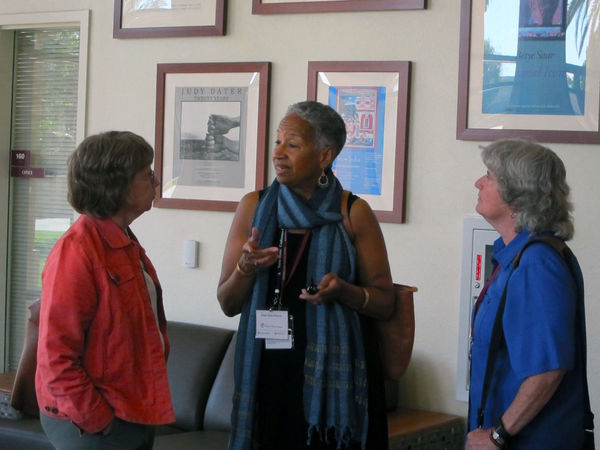 Meanwhile, race also continued to be a significant theme of the conference overall, with papers by Margaret McGuinness and Diane Batts Morrow on African-American Catholics, a joint presentation by Katharine Massam and Veronica-Therese Willaway, O.S.B., on Aboriginal Benedictines in Australia, Jacqueline Gresko on teaching relationships with Japanese-Canadians during World War II, and a panel on colonization, among others.

Williams spoke again on the last day of the conference, this time presenting on the future of black women religious—a future that almost certainly will be based in Africa. Between 2010 and 2011, Williams said, the population of women religious in Africa increased by an unprecedented 28 percent.

“When compared with only 18 percent growth in Asia and steep sister population losses in Europe—minus 22 percent—and the Americas—minus 17 percent—it is clear that if this trend continues, the dominant face of the Catholic sister will soon be brown,” Williams said.

On the same panel, Patricia Wittberg, S.C., and Mary Johnson, S.N.D. de N., presented preliminary results drawn from their CARA study of international sisters in the United States, noting that while there is no master list of such sisters, they have found about 4,000 women through correspondence with orders and diocesan offices. According to their research, international sisters and would-be sisters come to the U.S. for six main reasons: they immigrated with their families, they came for their vocation, they came to study, their formation program is based here, they are here for a short-term mission or they are here for a long-term mission.

Just as the profile of women religious is changing dramatically, the Conference on the History of Women Religious itself is also becoming more diverse in its approaches and themes. In addition to panels on new findings in important areas like relationships with clergy and educational practices, key themes emerging from multiple panels and speakers included sisters’ perception of “modernity” and its demands; their practices of identity creation and gender; and their role as both institution-builders (of hospitals and schools, among others, as in papers by Thomas Rzeznik, Fernanda Perrone, Sally Witt, C.S.J., and others) and institution-challengers (as with accounts of sisters’ activities against U.S. government policy, by Theresa Keeley, and in social justice work, by Christine Baudin Hernandez and Ryan P. Murphy, among others.) The conference included a variety of research on sisters as transnational actors; Keeley’s paper, for example, investigated the role of American nuns in shaping Irish opinion on Reagan’s Central American policy. 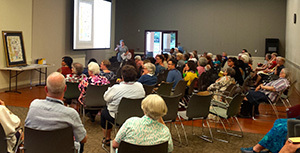 This year’s conference saw several papers from non-historians; in addition to sociologists Wittberg and Johnson, several theologians spoke, and University of Ottawa criminologist Christine Gervais presented on the spiritual innovations of former sisters. The general sense from attendees is hope that more non-historians will follow.

In fact, during a panel discussion turned impromptu planning session, it was suggested that the conference change its name to the more academically inclusive Conference for the Study of Women Religious, a change that appeared to garner general support. The intention is to make the conference more interdisciplinary, which is just one of Cushwa Center director Kathleen Sprows Cummings’s “big dreams” for the conference, which has been under the Cushwa umbrella since 2013.

“When I dream big about CHWR, I would like to see it become not just a conference where people can share research but a place that can publicly coordinate research,” Cummings said in the planning session. “I think in terms of building a transnational network. I think of creating spaces for sisters and scholars to come together.” She would like the conference to publish a book series, to provide travel grants to researchers and, eventually, to be able to provide dissertation fellowships.

However, Cummings said, all of these dreams take money that the conference does not have. She’s said she’s been working hard to create an endowment for the study of Catholic sisters, but the conference also needs to start bringing in some revenue—perhaps by charging membership dues.

Despite Cummings’ frank report on the conference’s status, members were still ready to celebrate at a banquet on night three in Santa Clara. At the banquet, Carol Coburn, director of the C.S.J. Center for Heritage, Spirituality and Service at Avila University, received the Distinguished Historian Award for her contributions to the conference and for her career achievements. Margaret McGuinness of La Salle University received the Distinguished Book Award for her 2013 Called to Serve: A History of Nuns in America. And, in absentia, longtime conference administrator and scholar Karen Kennelly, C.S.J., received the Lifetime Achievement Award.

Also honored at the conference was New Testament scholar Sandra Schneiders, an Immaculate Heart of Mary Sister, whose archives have just been received at the Santa Clara University library; a display, drawn from the archives’ highlights and curated by Amanda Kaminski, was the key attraction at a reception for CHWR attendees sponsored by Archives & Special Collections. Schneiders, professor emerita of New Testament Studies and Christian Spirituality at the Jesuit School of Theology at Santa Clara University and the Graduate Theological Union, also gave the conference’s closing keynote on June 29.

Scheneiders’ keynote address focused on the need for historians to interpret truth rather than to simply record fact—something Schneiders said is also true in her field of biblical hermeneutics.

“Many decades of biblical scholarship have been spent in obsessive efforts to establish whether Jesus actually did this or did that, spoke exactly these or those words, or even such words,” she said. “Only recently have we begun to realize that those questions are much less important than whether these texts capture and transmit what Jesus truly meant.”

Continuing, Schneiders posited that the historians and religious scholars who are obsessed with “just the facts” are missing the point of their research.

“We could count, as Jesus did, on the bureaucrats and legalists to pursue the details of factuality and the exact compliance with the law—to sniff out infidelity to the rubrics and to pursue the dreamers, the risk-takers and the boundary crosses with all the tools and stratagems of law and order,” she said.

“But we must be able to count much more on those whose visions scan the horizons of the future, to dream new dreams, to embody them in theopoetic texts that create the new world.”

Dawn Araujo-Hawkins is a reporter for "Global Sisters Report," an affiliated project of the National Catholic Reporter. She wrote three articles while covering the Conference on the History of Women Religious; they can be found at: