Why I study women religious

This is one in a series of columns on this topic by CHWR members and guest authors. If you’re interested in contributing, please contact us at cushwa@nd.edu. 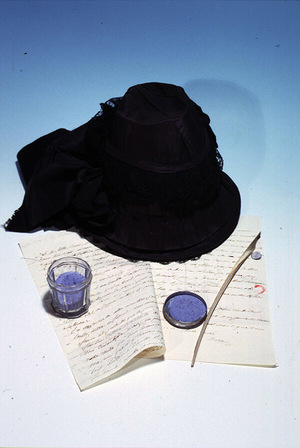 In March 2018, the Cushwa Center hosted a symposium at the University of Notre Dame’s Kylemore Abbey Global Center in Ireland. The symposium was titled, “Pedagogy of Peace: The Theory and Practice of Catholic Women Religious in Migrant Education.” Scholars representing the fields of sociology, education, history and theology gathered to exchange research and insights on the theme.

I was invited to speak on the historical development of religious charisms of Catholic women religious, how these women live and interpret change and continuity in the church, and how they communicate this through education. To this purpose I spoke on the first years of the Society of the Sacred Heart, a community founded in Paris by St. Madeleine Sophie Barat in 1800, at the height of the Revolution. Its spiritual impulse was to make present the love of God revealed in the Heart of Christ pierced on Calvary, and to take part in the restoration of Christian values in France though the work of education. The French Revolution affected each member of this new community. Their biographies show that not one was left unscathed by the violence and terror of the Revolution, the destruction of religion, and the suppression of religious life, with communities dispersed and some either imprisoned or guillotined. The years of the Terror in France bear resemblances to the worst acts of ISIS in Syria and Iraq today.

The early members of the Society of the Sacred Heart brought with them lives marked by such trauma, fear of war, of the guillotine, of terror, violence, and emigration within and beyond France. Families had been ruined, displaced, and had suffered loss of home and goods, prison, torture, exile, or death. Sacred symbols, places, and spaces had been desecrated and destroyed, and all bells silenced. Those who joined Sophie Barat from 1800 talked about these events, personally and in community. They had become migrants and exiles within their own country, and out of this shared trauma they created a new Christian community and took their part in the regeneration of France. Energized by their gradual understanding of Sophie Barat’s charism, to make known the love of the Heart of Christ pierced on Calvary, they went forward to educate young women of the rich and poor classes. In this way they created new spaces for women to come into the public domain and take part in the transformation of societies then and into the future.

These experiences of the early members of the Society of the Sacred Heart, in late 18th- and early 19th-century France, are relevant for those working with migrants today. They mirror the courage of so many now, all over the world, and they demonstrate what can happen when energy, vision, and leadership are brought to bear on situations of violence, injustice, war, and discrimination. Especially important is the work of education in promoting the dignity, equality, and rights of each person, of whatever class, colour, creed, gender, or race: all—children, women, and men—now and in the future.

Studying the history of women religious

Although I am a member of the Society of the Sacred Heart, I did not set out to become a historian of women religious, or indeed of St. Madeleine Sophie Barat and the Society of the Sacred Heart in 19th-century France. Indeed for many years I have been a historian of non-conformity and dissent in 17th-century Ireland. I explore why people dissent, why they do not conform, and what it is they move toward and choose as their path. In other words, how individuals and groups authorize their lives and choices, rather than remain victims. In the context of the Reformation and the Enlightenment, this research examines the history and evolution of human consciousness and religious freedom in the 17th century, and how these affected women and men.

The biography, Madeleine Sophie Barat: A Life, was published in May 2000. Once it was in the bookshops, I presumed I would to return to my research and teaching on 17th-century Ireland. However, to my surprise invitations came asking me to speak on the topic. 12 years of travelling followed, presenting the life of Sophie Barat at international workshops. Following the discussions generated at these workshops, along with correspondence I received with reflections and questions from readers of the biography, I wrote a second book, The Society of the Sacred Heart in 19th century France (2012). This book contains five essays, written in response to the issues, reflections, and questions brought up by readers of the biography since 2000.

Then, in 2014, at the end of many years of searching both in France and in Rome, I finally tracked down a set of missing manuscripts on Sophie Barat and the Society in the Archives of the Congregation for the Doctrine of the Faith. These manuscripts had been considered “lost” since 1884, but in fact they had been placed on the Index. So now I am engaged in a study of three women from the early days of the Society—Sophie Barat, Eugénie de Gramont, and Marie de la Croix. The result will be a third volume on the history of the Society of the Sacred Heart in the lifetime of Sophie Barat. It will relate the lives of these extraordinarily courageous women, their personal and shared journeys, and how each one impacted on the other and on the history of the Society of the Sacred Heart.

What I initially understood as an excursion into French history in 1993 turned out to be a much more prolonged affair. Working with such rich primary sources on Sophie Barat and the Society of the Sacred Heart has been both exhilarating and daunting, and it has led me along new paths and places. I have met many wonderful scholars and friends on the way. Without their expertise and encouragement, I could not have completed and then extended my task.

So this is why I study women religious: I responded to a request to write a new biography of St. Madeleine Sophie Barat in 1993.

Phil Kilroy, R.S.C.J., Ph.D. is a member of the Society of the Sacred Heart and a research associate at Trinity College Dublin, where she received her doctorate in history.