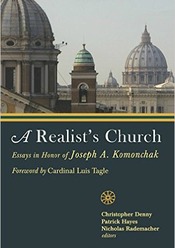 Massimo Faggioli will join Villanova University’s Department of Theology and Religious Studies in the fall. He will leave the University of St. Thomas in Saint Paul, Minnesota, and is being promoted from associate professor to full professor.

David Horn shares that the papers of Emmet Larkin, long-time historian at the University of Chicago, were donated to the John J. Burns Library of Boston College by Dianne Larkin. They are now open for research.

Larkin, who died in 2012, researched and published extensively on the history of the Roman Catholic Church in Ireland, primarily from 1850 to 1900. His papers contain research copies of documents from archives in Ireland, London, and Rome, as well as drafts and copies of his books, articles, reviews, chapters in books, and presentations. The papers include Larkin’s correspondence with the leading scholars in Irish Studies from 1960 to 2010. He played a leading role in the American Conference for Irish Studies. A finding aid to the collection is available online at hdl.handle.net/2345/3936. For more information, email David Horn at horndc@bc.edu.

Former Cushwa Center graduate assistant Joshua Kercsmar accepted a position at Unity College in Maine. Kercsmar, currently a postdoctoral teaching fellow in the Lilly Fellows Program at Valparaiso University, will be an assistant professor in environmental humanities starting this fall.

John Schlimm’s memoir Five Years in Heaven: The Unlikely Friendship that Answered Life’s Greatest Questions, chronicles his friendship with an 87-year-old Benedictine nun, Sister Augustine. It was published by IMAGE books in 2015. 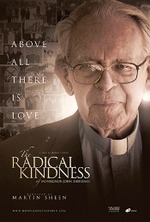 Dennis Wodzinski’s article, “The Soul in Stained Glass: Nick Parrendo,” was published in the Fall 2015 issue (volume 25) of Gathered Fragments.

The Canadian Catholic Historical Association has published a special volume (volume 81) of its journal Historical Studies. The issue, devoted to the history of the Irish Catholic community of Halifax, Nova Scotia, is entitled Irish Catholic Halifax: From the Napoleonic Wars to the Great War. Edited by Mark G. McGowan and Michael E. Vance, the volume contains contributions by a number of scholars, including Colin Barr, Bruce S. Elliott, S. Karly Kehoe, Peter Ludlow, Terrence Murphy, and others.