The Cushwa Center’s initiatives in Rome continue apace. The center received more than fifty proposals for papers for its June conference in Rome, “North Atlantic Catholic Communities in Rome, 1622–1939,” and offered a record seven Peter R. D’Agostino Research Travel Grants to support presenters and their visits to Roman archives.

Notre Dame Press is entering the last phase of publication for Matteo Binasco’s Roman Sources for the History of American Catholicism, 1763–1939. 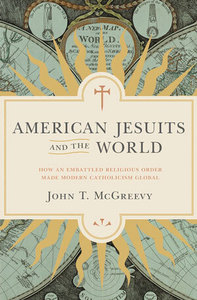 Rev. Mark Lewis, S.J., director of the Thomas More Center for the Study of Catholic Thought & Culture at Rockhurst University, welcomed the book as a major contribution to the history of Catholicism, and highlighted the prominent role played by the American Jesuits in establishing and developing a unique educational system in the United States. Francesca Cantù, Professor of Latin American history at the University of Roma Tre, emphasized that McGreevy’s book stood to augment not only the existing historiography of the Jesuits, but also that of global history more broadly. In particular, she said, McGreevy’s analysis shed new light on the order’s capacity to develop a networking system that allowed for a constant, transcontinental flow of personnel, books, and ideas. Cantù also stressed the book’s groundbreaking perspective on the “global” vocation of the Jesuits as a key feature of the order’s growth and evolution over the centuries. Rev. Roberto Regoli, professor of ecclesiastical history at the Pontifical Gregorian University, praised the book’s profound analysis, particularly with respect to American Jesuits’ confrontation with modernism from the late 19th century to the first decades of the 20th century. 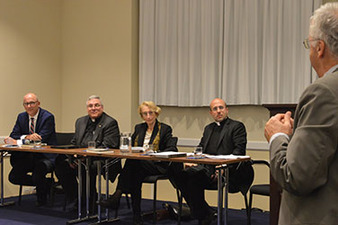 McGreevy, the I.A. O’Shaughnessy Dean of the College of Arts and Letters and professor of history at Notre Dame, responded that he hoped this book would furnish a better understanding of Jesuit activities in the United States and the broader world during the dramatic period following the Society’s suppression in 1773. Studying the Jesuit order, he said, provided a challenging yet stimulating avenue to investigate broader issues of globalization in matters cultural, political, and social. McGreevy also hoped that his book would help to foster more research in Roman archives, and thus strengthen the global dimension of American Catholic historiography.