Notre Dame International (NDI) has awarded a $20,000 grant to Kathleen Sprows Cummings, director of the Cushwa Center and associate professor in the Department of American Studies at the University of Notre Dame, for her project, “From Daughters of the Church to Citizens of the World: A Transnational Study of Catholic Sisters and the Second Vatican Council.” A team of 15 scholars will participate in the project, which will culminate in a symposium at Notre Dame’s Global Gateway in London in late spring 2015. 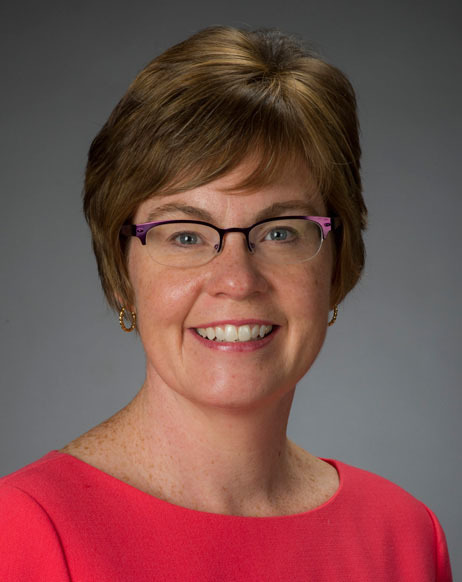 “There has never been more interest in Catholic nuns as a subject than there is now," said Cummings. "We are delighted that, through this symposium, the University of Notre Dame is taking a leadership role in scholarly examination of a way of life that has indelibly shaped this nation and the church in this country and throughout the world.”

In addition to Cummings, co-investigators of the project include Alana Harris, a fellow at Lincoln College, University of Oxford, and Carmen Mangion, a lecturer in modern history at Birkbeck, University of London. All three historians have significant scholarly projects underway that consider women religious in the era of the Council. They will be joined by 12 scholars from various disciplines for plenary sessions and workshops designed to facilitate future collaboration among participants and to situate the study of Catholic sisters more consciously in a transnational framework. The symposium, which will be sponsored by the Cushwa Center, will also feature a public lecture delivered by a major scholar in the field.

The grant is one of nine being awarded through NDI’s new Global Collaboration Initiative (GCI). “Notre Dame International sees such collaborations as a key element of a premier research university, and we are pleased to support these nine stellar projects in the initial round of the GCI,” said Robert E. Norton, NDI’s associate vice president for academic affairs and research.

This project will expand the Cushwa Center’s transnational focus, which is already highlighted in two other upcoming events: “The Lived History of Vatican II,” a conference that will examine the reception of Vatican II by Catholics around the globe, will take place at Notre Dame April 24-27, 2014, and on June 6-20, 2014, the Cushwa Center, in collaboration with Notre Dame’s Program in Italian Studies, will host the 2014 Rome Seminar, “American Catholicism in a World Made Small: Transnational Approaches to U.S. Catholic History” at Notre Dame’s Global Gateway in Rome.

The London symposium also extends the Cushwa Center’s longstanding, informal affiliation with the Conference on the History of Women Religious, a scholarly organization founded in 1989 through a Cushwa consultation. CHWR recently approached the Cushwa Center with a proposal to merge its activities formally with that of the center. Cummings is presently the chair of an ad-hoc committee charged both with finding a permanent home for the Conference and building its international profile.

“By virtue of their multinational structures and missionary organizations, women’s religious congregations offer a particularly fruitful way to present the Catholic church as an actor on a global stage,” she said.

The date of the symposium will be determined by the availability of Notre Dame's Global Gateway in London. Once we have established a date a call for papers will be issued. Project proposals may explore women religious from a variety of disciplines and approaches, including history, religious studies, gender studies, sociology, and media studies. Preference will be given to proposals that explore transnational encounters between sisters, between sisters and their leadership, between sisters and international contemporaries, and between sisters and church hierarchies. Participants will be selected in the summer of 2014.

Information about the symposium will be posted at cushwa.nd.edu as it becomes available.

>> Conference on the History of Women Religious