Robert Schmuhl is the Walter H. Annenberg-Edmund P. Joyce Professor of American Studies and Journalism at the University of Notre Dame. He received the 2014 Hibernian Research Award in support of his forthcoming book, Ireland’s Exiled Children: America and the Easter Rising, which will be released by Oxford University Press next month, just in time to commemorate the centennial anniversary of the Easter Rising of 1916. Cushwa's Heather Grennan Gary interviewed him about the process of writing this book. 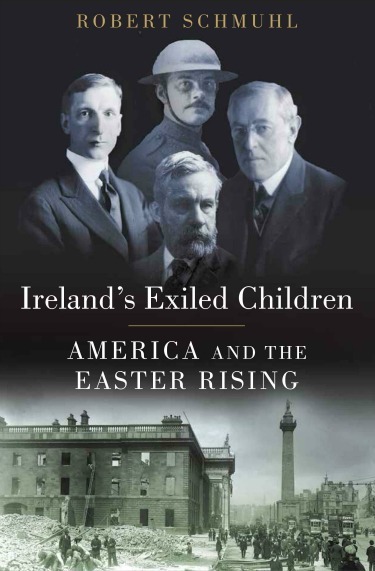 What first sparked your interest in this topic, and at what point did you feel this was a book project you wanted to undertake? Was it your original hope to have the book published for the centenary?

Back in 2006, the 90th anniversary of the Easter Rising, I was invited to write a lecture for a “summer school” in County Wexford on the American press coverage of what happened in Ireland during 1916. As I did the initial research—at the time I knew very little about the subject—I could see other areas to explore—the involvement of Irish Americans, the political implications in a presidential election year, the transatlantic as well as transnational consequences in wartime, and all the rest.

After I spent several months as a research fellow at University College Dublin in 2009, I knew there was a possible book in the whole subject. At that point it was natural to think of the centenary as an appropriate time for publication. Oxford University Press agreed to the timetable when we signed the contract in 2014.

You’ve written many books, but this is your first book on Irish history. How did this research and writing experience compare to your other books? How did your time in Ireland prepare you to tackle the subject?

Ireland’s Exiled Children is totally different from the earlier books. Many of the earlier ones came into being after I’d published a series of essays of one kind or another, usually about American politics and media. This one, though, developed over the past decade and grew as a result of invitations to give lectures, mostly over in Ireland, with some of them in the U.S. and also in Britain. The R. I. Best Memorial Lecture at the National Library of Ireland in 2009 (“Easter 1916 and America: A Provisional Appraisal”) helped to stake out the territory, and other talks followed from it. Each lecture broke new ground—and contributed to different parts of the book.

How did you decide on the four individuals to feature? Was there anyone else you wish you could have included?

Actually, the Hibernian Lecture of 2011—sponsored by the Cushwa Center—was critically important to the structure of the book. For it I decided to focus on three specific people in talking about the Rising—John Devoy, Joyce Kilmer, and Woodrow Wilson. Each then ended up as central characters in individual chapters of the book. I later added a chapter about Éamon de Valera in 2012, after doing a lecture about him over in Dublin at a Notre Dame Conference at the Royal Irish Academy. Each represented a particular aspect of the Easter Rising that seemed in need of exploring and that, more importantly, had a direct American connection. I wanted a fifth person—but just couldn’t find the right one. So it goes.

How did you approach the role of religion in this book? How much of a focus was it for any of the four individuals? 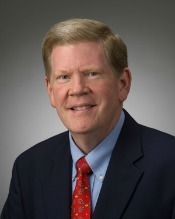 Joyce Kilmer’s Catholicism—he was a devout convert—is important to understanding his writing about the Rising and other subjects. He adopted an Irish identity, and Ireland’s devotion to Catholicism was a central reason he claimed to have Irish heritage, which he really didn’t. Once the U.S. declared war in 1917, he joined the New York regiment known as “the Fighting Irish.” He was personally close to several Catholic priests and wrote many spiritual or religious poems. He’s a fascinating figure and worth greater attention. He was killed in combat over in France in 1918. I’m working on a magazine article to coincide with the hundredth anniversary of his death.

You received the Cushwa Center’s Hibernian Research Award in support of this project. How did you use it?

Oxford University Press always wanted to publish several pictures and images in the book. After finishing most of the text, I needed to make one last trip in the fall of 2014 to Dublin to double check some sources and to locate about two dozen photos and documents that could be reproduced visually in the book. In the course of the week there, which the Hibernian Award helped to fund, I was able to spend research time at the National Library of Ireland, the National Archives of Ireland, the University College Dublin Archives, and a couple other repositories. The Award is responsible for most of the photo section of the book.

What other archives did you use for your research for this book?

I spent many days at the British Library in London, the National Archives at Kew (outside London), the Library of Congress, the New York Public Library, and the Georgetown University Special Collections Research Center. The Hesburgh Libraries at Notre Dame were valuable, too, particularly in ordering materials through interlibrary loan.

On this 100th anniversary of the Easter Rising, what aspect of your research would you most like to share with readers?

The essential decisions related to the Easter Rising were made in Ireland, but people in the United States played a significant role before and after the rebellion. The Proclamation that was read on the first day of the uprising by P. H. Pearse, president of the Provisional Government of the Irish Republic and frequently likened to George Washington in the U.S. press of the time, acknowledged that the rebels were “supported by her [Ireland’s] exiled children in America.”

America is the only country other than Ireland explicitly named in the Proclamation. Five of the seven signatories of the Proclamation lived in or visited the U.S. and one (Thomas J. Clarke) was a naturalized citizen of this country. Éamon de Valera, a leader of the Rising who escaped execution and ultimately became the most dominant political figure in 20th-century Ireland, was born in New York. American connections abound, and the book reveals them—in some cases, I’m happy to say, for the first time.