Commemorating the 50th anniversary of the Second Vatican Council, the Cushwa Center for the Study of American Catholicism has organized an international multiyear examination of the council’s impact around the world.

The center recruited 15 scholars to do research on individual dioceses—five in the United States and 10 in other countries—and write essays on their findings. Notre Dame will host a conference of those scholars and others in the spring, and a book will be published the following year, 50 years after the closing of the council. 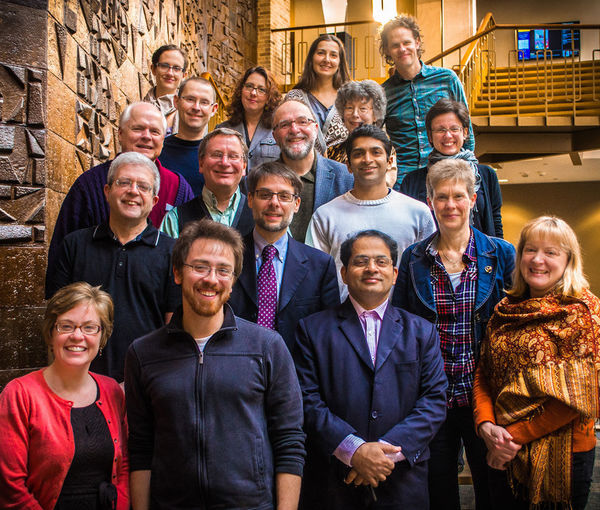 Lived History of Vatican II researchers at their 2013 meeting

“The anniversary is obviously timely, but the idea is that we ought to be studying Catholicism in a global way,” says Tim Matovina, executive director for the Institute for Latino Studies who was director of the Cushwa Center when he developed the idea with Kathleen Cummings, the present director, and a colleague from Northwestern University, Bob Orsi.

“Everybody is talking today about global history. A lot of times those global studies don’t look at the most longstanding global institution, religious or otherwise, which happens to be the Roman Catholic Church. It has long been a global institutional entity. When there’s an ecumenical council like Vatican II, it’s by definition a global event. This is the world’s largest global institution, meeting for the first time with representatives from all the continents, to confront the challenges and opportunities of modernity.”

While other studies of the Council have focused on its universal decrees and often-polarized interpretations, “The Lived History of Vatican II” examines local reactions and issues.

“People were talking about Vatican II along a traditional-progressive mentality,” Cummings says. “We knew very little as historians about what actually happened. These documents were intended to be universal but they were implemented in very particular contexts.”

“It’s a completely different story than we’re used to hearing in the United States or the West,” Matovina says. “As soon as you dropped the Latin, the pressure-cooker language dialect jealousies that had been cooking under the surface erupted again.”

The conference on April 24-26 will include the 15 researchers plus some other invited scholars, broadening the perspective to include Ireland and Eastern Europe, among others. The project received a three-year, $100,000 Faculty Research Support Regular Grant to help with expenses.

“There are a lot of debates about the documents and what the documents mean,” Matovina says. “Vatican II also had consequences on the ground, both intended and unintended. One has to study, if you will, the afterlife of an actual promulgation of a document and how it impacted Catholic lives.

“We wanted to look at, close to the ground, what actually happened in dioceses from all the continents. Our intention is not to finish this subject matter but to launch a new body of research that will go beyond the bounds of our own project.”

This story was originally published in NDWorks on Nov. 14, 2013.