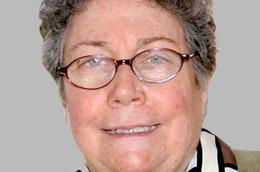 Whereas Mary Ewens, Professor and Administrator at the Pontifical University of St. Thomas Aquinas, Rome, embraced the religious life in the Dominican tradition, and has served with distinction as faculty member and administrator of Dominican-sponsored institutions of higher education in Illinois, Wisconsin, and Italy, and

Whereas her doctoral studies in the American Studies program of the University of Minnesota brought an Interdisciplinary perspective to the subject of the history of women religious, and

Whereas her thesis, The Role of the Nun in Nineteenth-Century America, was a seminal work in the field, offering guidance and inspiration to numerous scholars, and

Whereas she played a founding role in the Conference on the History of Women Religious and in the planning of its initial triennial conference, and

Whereas her syntheses of the subject and contributions to documentary collections, including her essay, “Women in the Convent, in American Catholic Women: A Historical Perspective; and “The Leadership of Nuns in Immigrant Catholicism” in Women and Religion in America, Vol. 1, The Nineteenth Century. A Documentary History, exposed this history to a broad readership, and

Whereas her essays, “The Double Standard of the American Nun,” in An American Church; “Removing the Veil: The Liberated American Nun,” in Women of Spirit; and “Political Activity of Sisters Before 1970,” in Between God and Caesar: Priests, Sisters, and Political Office in the United States, brought sound historical perspectives and a high standard of scholarship to consideration of contemporary religious life, and

Whereas her research and publications relating to native American sisterhoods in the Dakotas and Alaska drew attention to this forgotten development in religious life for women in North America, and

Whereas she traveled the world assisting religious congregations of women to identify resources for ministry in her capacity as executive director of the Conrad Hilton Fund for Sisters, therefore

Be it resolved that the Conference on the History of Women Religious here assembled present the Distinguished Historian Award to Mary Ewens, O.P., in deep appreciation for her creative and scholarly contributions to the field of the history of women religious and her untiring efforts on behalf of women’s congregations in every continent of the globe.

Given the twenty-second day of June, in the year of our Lord nineteen hundred and ninety-eight, at the conference, “Through Multiple Lenses: Interdisciplinary Perspectives on the History of Women Religious,” gathered at Loyola University, Chicago, Illinois. 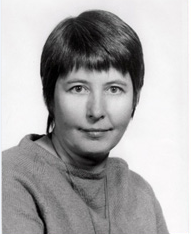 Whereas Jo Ann McNamara, recently retired Professor of History at Hunter College and the Graduate Center of the City University of New York, has in numerous translations, articles, scholarly presentations, and books made fresh and original contributions to the history of Early Christianity and the Middle Ages, and

Whereas, she has contributed to the recovery of women’s history through her study, research, scrupulous textual criticism, and published writing in the field of hagiography, and

Whereas, in A New Song: Celibate Women in the First Three Centuries, she has reinterpreted the virginal ideal as a source of power by which women have exercised their right to define their own sexuality and the meaning of their own lives, and

Whereas, in Sainted Women of the Dark Ages she has provided us with a rich resource and introduced us to 18 extraordinary women of Merovingian Gaul, placing them in the context of their historical, religious, cultural, economic, and political background, and

Whereas, in Sisters in Arms: Catholic Nuns through Two Millennia, she has detailed with rare intelligence and sensitivity both the struggles and the achievements of women religious across the ages, and

Whereas, in that same worm, she draws on a wide range of primary sources and brings into sharp relief the lives and works of women who have served church and society as teachers, healers, theologians, mystics, and social activists, and

Whereas, she has enriched women’s studies and furthered gender studies by applying the insights of feminist theory to the issues of chastity and gender, sanctity and power, and celibate collaboration between women and men, and

Whereas, in 1997, both the Hunter College Faculty and the National Coalition of American Nuns granted her awards acknowledging her excellent, thorough, and fruitful research, and

Whereas she has served her profession and the public at large by serving as Editorial Consultant for Feminist Studies, Trends in History, and Women in History; as a member of the Editorial Board of the Journal of Women’s History, the Medieval Feminist Newsletter, Vox Benedicta, and Magistra; and as Consultant for the award-winning series “Women of Spirit,” a presentation of Wisconsin Public Radio that featured the lives of women saints, therefore

Be it resolved that the Conference on the History of Women Religious here assembled present the Distinguished Historian Award to JoAnn McNamara, in recognition of her dedication to research, publication, and other activities furthering understanding and appreciation of the role of nuns in history.

Given the twenty-second day of June, in the year of our Lord nineteen hundred ninety-eight, at the conference, “Through Multiple Lenses: Interdisciplinary Perspectives on the History of Women Religious,” gathered at Loyola University, Chicago, Illinois.

These award citations were presented at the Conference on the History of Women Religious in 1998.