When Barbara Misner began her dissertation research in 1976, she found almost nothing written on the earliest decades of women religious in the United States and very little after that. “Bishops,” she noted to the National Catholic Reporter two decades later, “often took credit for what anonymous sisters had done,” and “existing records often left out any hint of struggle with bishops or priests.” Meanwhile, as women’s studies professor and Franciscan sister Florence Deacon said at the same time, “often the history of women religious is not respected as a topic…the world at large does not understand what religion has given to women and the voice it has given to women.” The Conference on the History of Women Religious (CHWR) was established in 1988 both to assist historians in discovering and preserving the historical record of vowed women from the middle ages to the present, and to integrate their stories into the larger narratives of their times and places.

Since 2012, the CHWR and its newsletter have been housed at Notre Dame’s Cushwa Center for the Study of American Catholicism. Today, the CHWR includes scholars and archivists from the fields of history, religious studies, women’s studies, and sociology. The majority of members reside in the United States, but international membership has included scholars from Canada, Australia, England, Ireland, Italy, Denmark, Norway, Belgium, France, Japan, and China. The meets triennially to discuss new research in the field. 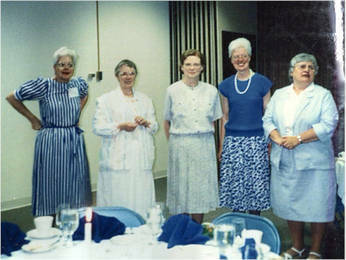 In 1989, the first triennial Conference on the History of Women Religious was hosted at The College of St. Catherine in St. Paul, Minnesota. The CHWR has convened every three years since then.

Until 2013, the CHWR’s Coordinating Committee, composed of the newsletter editors, the conference awards committee chair, the current and immediate past Triennial Conference program chairs, and four at-large members, were responsible for the HWR’s administrative organization. At the Triennial Conference in 2013, the membership determined that with the retirement of Karen Kennelly, the CHWR should embark on a process of reconsidering its administrative structure. During the 2013–2016 period, the steering committee in charge of this process is composed of Kathleen Sprows Cummings (University of Notre Dame), Margaret McGuinness (LaSalle University), Carol Coburn (Avila University), and Mary Oates (Regis College).

The CHWR’s archives are housed at the University of Notre Dame.

Stay updated on CHWR news by subscribing to the Cushwa Center's mailing lists.