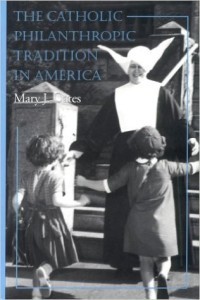 Whereas Mary Oates, C.S.J., Research Professor of Economics at Regis College, Boston, Massachusetts, committed herself to the religious life as a Sister of St. Joseph of Boston and has served with distinction as a teacher in the schools sponsored by her congregation as well as by the Society of Jesus; and

Whereas she earned advanced degrees in the field of Economics at Yale University and authored a doctoral thesis, The Role of the Cotton Textile Industry in the Economic Development of the American Southeast: 1900–1940, subsequently published by Arno press; and

Whereas she subsequently published numerous essays and edited primary documents reflecting an integrated economic, religious, and feminist critique, including “Organized Volunteerism: The Catholic Sisters in Massachusetts, 1870–1940;” “The Good Sisters: The Work and Position of Catholic Churchwomen in Boston, 1870–1940;” “Women in Massachusetts History Before 1920;” “ ‘Lowell”: An Account of Convent Life in Lowell, Massachusetts, 1852–1890;” “Catholic Women in the Labor Force, 1850–1950;” and

Whereas she addressed with scholarly expertise the subject of women’s education in such books and articles as “Professional Preparation of Parochial School Teachers, 1870–1940;” Higher Education for Catholic Women: An Historical Anthology; and “Catholic Female Academics on the Frontier;” as well as in the forthcoming “Sisterhoods and Catholic Higher education, 1890–1960;” and Religion and Gender in American Higher Education: The College of Notre Dame of Maryland, 1895–2000; and

Whereas her prize-winning volume, The Catholic Philanthropic Tradition in America, integrates women religious into the history of philanthropy in the United States Roman Catholic Church; and

Whereas her stature as a researcher, author and teacher has been recognized by the awarding of grants by prestigious foundations and invitational symposia; therefore

Be it resolved that the Conference on the History of Women Religious here assembled present the Distinguished Historian Award to Mary Oates, in deep appreciation and esteem for her distinguished contribution to the history of women religious.

Given the nineteenth day of June, in the year of our Lord two thousand and one, at the conference, “Individuals in Community: Women Religious and Change, Past, Present, and Future,” gathered at Marquette University, Milwaukee, Wisconsin. 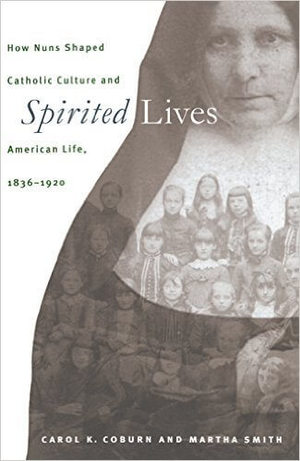 Whereas Martha Smith, C.S.J., Professor emerita of History at Avila College; and Carol K. Coburn, Associate Professor of Humanities and Adjunct Professor of Women’s Studies at Avila College, have broken new ground with Spirited Lives: How Nuns Shaped Catholic Culture and American Life, 1836–1920, by interpreting the history of a religious community in the context of feminist and social history; and

Whereas this eminently readable book attains the highest standards for scholarly research, thereby expanding for a wide readership understanding of the crucial role religion played in the lives of women in the nineteenth and early twentieth centuries; and

Whereas this book documents the work of one of the largest and most widespread congregations in creating, financing, administering and staffing the educational, health care, and social service institutions that helped shape society in the nineteenth and twentieth centuries; and

Whereas the authors demonstrate ways in which the history of one congregation, the Sisters of St. Joseph of Carondelet, can be illustrative of the more than three hundred sisterhoods who contributed to the development of church and society; and

Whereas they have offered a model of the best that is possible when women from different academic backgrounds collaborate in historical research and writing: therefore

Given the nineteenth day of June, in the year of our Lord two thousand and one, at the conference, “Individuals in Community: Women Religious and Change, Past, Present, and Future,” gathered at Marquette University, Milwaukee, Wisconsin.

These award citations were presented at the Conference on the History of Women Religious in 2001.