The Ninth Triennial Conference of the History of Women Religious drew more than 100 historians, archivists, students, and others to St. Catherine University in St. Paul, Minnesota, from June 23–26, 2013. The conference featured 21 sessions and more than 50 presenters. 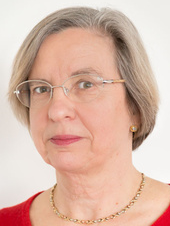 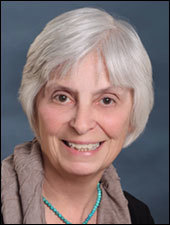 The organization presented its Distinguished Book Award to Anne M. Butler for her 2012 book, Across God’s Frontiers: Catholic Sisters in the American West, 1850–1920. Butler was unable to attend the conference and accepted the award via video call.

Caroline Bowden received the CHWR’s Distinguished Historian Award. Bowden is principal investigator and research fellow for Who Were the Nuns?, a prosopographical study of the English convents in exile in the 17th and 18th centuries. Th­e project, based at Queen Mary University of London, included building a database of the 22 convents that were founded on the continent and around 4,000 women were professed when it was illegal to establish a convent in England. ­The convents became significant cultural centers, fostering the education of Catholic girls, making collections of books, commissioning works of art, and maintaining substantial buildings. In spite of wars and natural disasters, sources revealing much about the importance of the members of these convents have survived.

The committee has determined the Tenth Triennial Conference on the History of Women Religious will take place June 26−29, 2016, at Santa Clara University. Liz Smyth (University of Toronto) has been appointed program chair. We are grateful to Michael Engh, S.J., president of Santa Clara and a longtime member of the CHWR, for his graciousness in welcoming the conference to Santa Clara.

Those interested in helping with the conference in any way are encouraged to contact Smyth or one of the members of the ad hoc committee.